Faced by an acute labour shortage, the Czech Republic is set to take in up to 40,000 workers from Ukraine every year, Hospodářské noviny reported on Thursday. That would represent a doubling of present numbers. 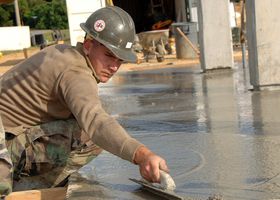 Illustrative photo: skeeze Pixabay/CC0 Unemployment in the Czech Republic is extremely low and the country is struggling with an acute shortage of workers.

Helping to plug that gap, around 20,000 workers from Ukraine are currently allowed to receive permits to work in this country every year. However, employers say that number is way too low.

The Czech Chamber of Commerce and other business organisations have therefore been lobbying for a doubling of the intake of Ukrainians, Hospodářské noviny said.

The president of the Chamber of Commerce, Vladimír Dlouhý, told the business daily that the prime minister, Andrej Babiš, had responded positively to the idea and was keen to push it through.

On Thursday representatives of Czech ministries, employers and unions were due to discuss such a major increase in Ukrainian workers.

A government spokesperson told Hospodářské noviny they would also consider welcoming new members of the labour force from other states.

The Chamber of Commerce, which represents 15,000 companies, says the country’s employers are at present seeking no fewer than 440,000 staff. Next year the figure could be as high as half a million, they warn.

The government began trying to address the labour shortage in 2016 with the launch of a programme entitled Regime Ukraine. Over two years it has facilitated the arrival of 24,000 workers from that country, Hospodářské noviny reported.

The scheme has proven a hit, with the number of Czech businesses applying to take part in it more than doubling compared to last year. 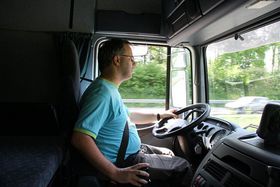 Illustrative photo: Veronica538, CC BY-SA 3.0 A representative of the transport company MD logistika told Hospodářské noviny that it was currently short around 30 drivers. Czechs are not much interested in the profession, so the firm has had no alternative but to turn to Ukraine, he said.

Though the process has been eased, some Czech firms have been frustrated by the time needed to complete the paperwork linked to hiring Ukrainians. Last year it took over four months on average, though at present it is around two and a half months, Hospodářské noviny said.

Employers are also lobbying for the ending of a practice under which all posts must be advertised for a month at a Czech labour office before they can be filled.

It is obvious there is a shortage of workers and that nobody is stealing jobs from locals, Jitka Hejduková of the Confederation of Industry told the business daily.