Domestic meat production has been on a steady decline since 2001 and last year was no exception. According to figures released by the Czech Statistics Office overall meat production in 2013 was down by 2.4 percent year-on-year to 447,000 tons. Pork production slipped by 2.25 percent, beef by 1.4 percent and poultry by 3 percent. 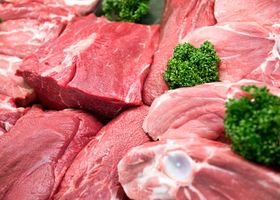 Cheaper imports and higher production costs are behind the decline. Supermarket chains are selling cheaper meat imports from Poland and cheaper poultry from Latin America. In the past 14 years the overall amount of meat and poultry imports has risen steadily going from 2 billion crowns worth of imported meat and meat products in 1999 to 26 billion crowns worth in 2012.

Czech farmers say the gradual loss of self-sufficiency in this field of production was inevitable due to the sharp rise in production costs. Cattle and poultry breeders were hit by higher energy bills and paid more for diesel fuel. Tighter EU regulations relating to breeding conditions also forced them to invest in the reconstruction of their facilities. The price of animal feed went up sharply in 2012, followed by the price of grains the year after.

But farmers say they have not been able to fully reflect the higher costs in their final prices partly because of the pressure from imports. While the price of animal feed has climbed by around 30 percent the price of pork has gone up by a maximum 3 percent.

Consequently farmers are gradually switching out of livestock farming and into more predictable and remunerative areas such as the production of rapeseed. Here sales volumes are guaranteed and prices are attractive.

For meat farmers who are still holding their own despite the difficulties there has been some good news imported from abroad. A sharp increase in the demand for pork and a hike in its price in neighbouring Germany has led to higher meat prices here in the Czech Republic. The price of poultry is also up by seven percent, beef by 2.5, and the prices paid for cattle for slaughter has increased by 0.5 percent.

Moreover, this year farmers can get higher top-up payments from the state for certain sensitive commodities whose production, according to the government, should be encouraged,. This covers, among other things, the breeding of calves, sheep and goats for slaughter. The criteria for earning the extra cash includes above standard breeding programmes and technology. Hop production and the production of some types of potatoes are also covered.

The Czech Republic can draw on 57 million euros this year from EU agricultural funds for this purpose double the total that was earmarked for the purpose in 2013. Farmers have until May 15th to submit applications to the State Agricultural Intervention Fund (SAIF).

The incoming coalition government has also pledged to make increased national self-sufficiency in foodstuffs a major policy priority though the precise framework for how to stop the long downward trend of domestic meat production has still to be spelled out. 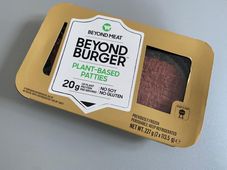 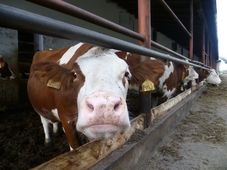 One of the regional heads of the Czech Agrarian Chamber, Jaroslav Šíma, told the Czech News Agency on Tuesday that Czech farmers are…