Much of Prague’s Main Train Station has been transformed in recent years, with the introduction of brightly-lit retail outlets turning parts of the interior into a modern, airport-style mall. However, other parts of the renovation have so far failed to materialise – meaning the station’s Italian developer could be shown the door in little over two years’ time, a full three decades earlier than originally envisaged, the newspaper Mladá fronta Dnes reported on Thursday. 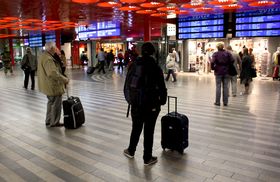 The first phase of the renovation at the Main Train Station was opened to the public in December 2006, with the facelift gradually continuing until a grand opening three years ago attended by the presidents of the Czech Republic and Italy.

With new ticket offices, escalators, restaurants, gift shops, boutiques and even a supermarket, the space is considerably more visitor-friendly than it was a decade ago.

However, while the relatively lucrative sections of the station with heavy footfall have been transformed, at a cost of well over CZK 1 billion, Grandi Stazioni – which operates a number of train stations in Italy – has so far failed to spruce up much of the historical part of the station which, unlike the commercial areas, will not earn the firm much in the way of rents.

The 1918 Art Nouveau café Fantova kavárna, with a stunning dome, does look magnificent today. But other parts, including the façade of the Fanta Building at the level of the “magistrála” through road, have yet to be spruced up. Indeed, over a third of the renovation project remains uncompleted.

The original deadline had been 2013 but the then management of Czech Railways, put in place by the transport minister in a caretaker government, decided to extend it and gave Grandi Stazioni until October 2016 to deliver its side of the bargain, Mladá fronta Dnes said.

If the Italian developer gets the job done by then, it will secure the contracted 30-year-lease to run the station. But if Grandi Stazioni doesn’t conclude the project in the next 26 months Czech Railways could take back control of its most valuable single property and it would be arrivederci to the investors.

A Grandi Stazioni executive, Andrea Oboardi, told Mladá fronta Dnes that the firm wants to finish the renovation project, adding that modernising the main part of the station has cost more than outlined in the contract signed 11 years ago.

Oboardi said it would be absurd if a successful project highly rated by the station’s hordes of users and experts alike ended up the subject of an international legal battle. 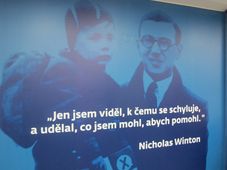 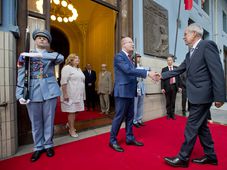