Finance minister calls for end to tax support for biofuel

In a dramatic about turn, finance minister Andrej Babiš says he now wants to halt tax support for biofuel from July. He has been stung by charges that prolonging support puts him in a clear conflict of interest with regards to part of his agro-chemical business empire. 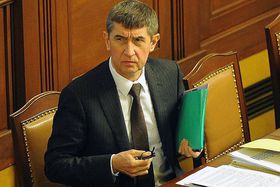 Andrej Babiš, photo: Filip Jandourek Politics can become a very personal matter and, mixed with business, that can spark some surprising results.

ANO leader and finance minister Andrej Babiš raised more than a few eyebrows when he came out with a proposal this week to end government support for biofuels. The main reason Babiš gave was to stop what he described as a “lying and demagogic” campaign against him by former finance minister and TOP 09 number two, Miroslav Kalousek.

It’s no secret that Babiš and Kalousek are among the bitterest enemies on the Czech political scene. It not just about policy, where they might find they don’t have so many differences, but about personalities. Babiš identifies Kalousek with a series of scandals, incompetence, and mismanagement stretching back over a decade. Kalousek labels Babiš’ political engagement as a front to push the interests of this ago-chemical empire centred on the Agrofert group.

And it is precisely these charges of conflict of interest that appear to have hurt and angered Babiš so much as to provoke a radical switch in policy over biofuel. Babiš’ company Preol is one of the main suppliers of Czech fuel distributor Čepro, which has the responsibility for mixing biofuels and the conventional fossil fuel components that end up as petrol sold to motorists. Together with another Babiš company they supplied around 55 percent of Čepro’s biofuel needs.

Babiš rightly points out that the state support in question does not go directly to his companies, which process oil seed rape and other raw materials, but rather serves as an incentive for more biofuel concoctions to be sold at petrol pumps by giving it a price advantage over the conventional offer. But the tax boost nonetheless helps create a market for Babiš’ biofuel companies.

If Babiš’ no to any further bio fuel support sticks – and it still has to proceed through a rather surprised lower house of parliament – the result will be that the tax advantage in place since 2009 will stop from July 1. That will translate into a saving of around 1.5 billion crowns a year for the state.

For motorists though the news is not so good. Petrol distributors and stations will still be under orders to mix more expensive biofuel into the final product sold through pumps and that will probably translate into price rises of around 5 percent for the most popular fuel. Blame Kalousek is Babiš’, retort to criticism.

In any case, the Czech government will still in all likelihood be faced with coming up with a new biofuels support formula which will meet European targets for sustainable fuel to grab a bigger share of the overall transport market. 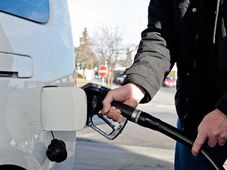 The Czech company Chemoprojekt, based in Ústí nad Labem in north Bohemia, is set to launch production of biodiesel made from waste… 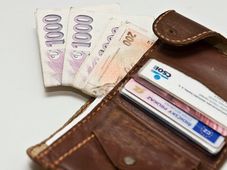 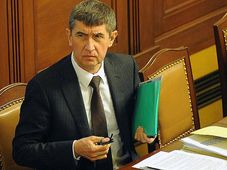 So called biofuels form a small part of ANO leader and finance minister Andrej Babiš’ business empire. But it’s a sector that is heavily…