The three parties of the ruling coalition are poised to fulfill their election promises and scrap the second pillar of the pension insurance scheme introduced by the former center-right cabinet of prime minister Petr Nečas. The Social Democrats and the Christian Democratic Party would like to see it scrapped as of 2016, but Finance Minister Andrej Babiš’ ANO party is advising caution for fear that the move could spark a wave of legal complaints both from clients and financial institutions. 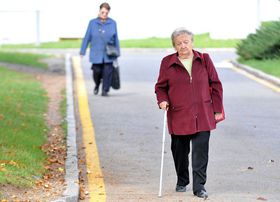 Photo: Filip Jandourek The so-called second pillar of the pension scheme, which was the corner-stone of the pension reform pushed through by the former center-right government, allows people to put part of their pension funds into private insurance companies. As of 2013 people have been able to transfer three percent of their social security insurance to private pension companies on the condition that they add two percent of their own.

The second pillar came under fire for being “potentially unreliable in that clients could lose their money, for draining money from state social security insurance funds and serving only a select group of rich clients”. Moreover, once a person opted to enter the second pillar they could not reverse the decision.

The ruling Social Democrats would like to see the second pillar scrapped by 2016 at the latest leaving people who joined it the option of either transferring their money to their own private accounts or re-investing it into their pension savings by putting it into the so-called third pillar –which represents voluntary savings, in accounts that can be set up and closed at will, though with some financial sanctions. The Christian Democrats of the governing coalition support this, but the ANO party of Finance Minister Andrej Babiš is advising caution and suggesting the decision be put off until 2017 for fear that it could spark a wave of legal complaints from both clients and financial institutions.

Although the second pillar fell short of expectations, with only around 84,000 people taking advantage of it, Mr. Babiš says the danger of a backlash in the form of dozens of court battles against the state both in Czech and European courts of law is very real. “These people invested their money into a scheme guaranteed by the state and they will not like losing the investment due to a change of plan- the government needs to have very convincing arguments as to why it is scrapping the second pillar,” Mr. Babiš told Czech Television.

Martin Potůček, the head of a government commission which is working on an amended version of the pension reform, admits that scrapping the second pillar could bring dozens of legal complaints from disgruntled clients. “Under the Czech legal system we cannot request a stand from the Constitutional Court on this issue beforehand, so that we would know where we stand – there will always be a certain risk involved in such decisions” Potůček said. 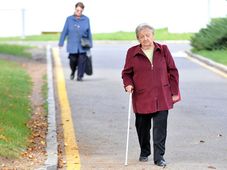 The change in the composition of pensions, drafted by Prime Minister Andrej Babiš's government in resignation, will raise existing… 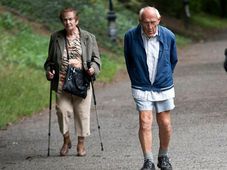 The Czech Republic has stood out so far as the sole European country which has not so far set a maximum retirement age. The government… Draft budget for 2015 criticized as unambitious

The draft budget for next year, approved this week by the Czech government, projects a deficit of some 2.3 percent of the country’s…