Interest in German foods is on the rise after reports products sold in the Czech Republic and other ex-communist states are of relatively low quality. Photo: Pixabay, CC0 Public Domain The issue of double standards in the quality of food and other products has been making headlines in the Czech Republic in recent months.

At the height of the coverage, the Czech minister of agriculture, Marian Jurečka, famously held up two packs of the same well-known brand of fish fingers.

Mr. Jurečka told the media that those sold on the Czech market contained just 50.2 percent fish, compared to the 63.8 percent fish in the German market equivalent.

A test commissioned by the Ministry of Agriculture also found that Tulip Luncheon Meat sold in Germany contained pork but the Czech version featured the waste products of chicken processing.

Now the extensive media reporting of the double standards issue has led Czech consumers to increasingly buy foods and other items made in Germany, the Czech News Agency reported.

Imports of foodstuffs from Germany climbed by 9.3 percent year-on-year in the 12 months leading up to the end of August 2017, when the total volume amounted to CZK 21.2 billion.

Some online food retailers, such as Rohlik.cz and Košík.cz, have even created special sections on their websites where customers can specifically order German products. Photo: Aljona83, CC BY-SA 3.0 Since the company began highlighting the German origin of such items sales have seen a 10 percent upswing, she said, adding that Rohlik.cz plans to expand its range of German-made products soon.

Jakub Šulta of Košík.cz told the Czech News Agency that as soon as German products were added to the firm’s online selection they became a hit.

Mr. Šulta said the term “German quality” resonated so much with domestic consumers that they had no reluctance to purchase products from across the border that they had never tried before.

Every fourth or fifth Košík.cz customer is now including some German-produced item in their purchase, he said.

By contrast, a representative of Lidl said that while German-made foods and other items did enjoy a positive reputation in the Czech Republic the discount retailer had not registered an uptick in interest in them. 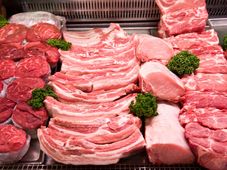