The 2019 draft budget is to focus on investment, increase of public sector salaries and the raising of pensioners’ living standards, Finance Minister Alena Schillerová said after it won government approval on Wednesday. The budget proposal counts on a CZK 40 billion deficit; ten billion less than originally planned by the Ministry of Finance. 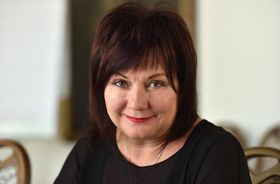 Prime Minister Babiš told journalists that the budget’s primary focus is on pensions, teachers’ salaries and increasing the size of investments.

Finance Minister, Alena Schillerová, said that the deficit represents 0.7 percent of the country’s GDP. “Public finances are currently in a surplus of 1.6 percent of GDP. Next year we estimate this number to be at one percent.”

According to the Czech News Agency, the budget plan counts on increasing pensions’ expenditure by CZK 37.8 billion, while education will receive CZK 28.6 billion more. Teachers can thus hope to see their wages increase by 15 percent. Transport infrastructure is to receive an expenditure boost close to CZK 11 billion. Government investment is to rise by more than 20 billion crowns to CZK 79.6 billion.

One of the proposed budget’s savings includes cancelling the 1,300 departmental positions, which are currently unoccupied. Through this measure, the Ministry of Finance hopes to save around CZK 3.4 billion.

While opposition parties see the budget proposal’s investment funding as too low, organisations such as the Confederation of Industry of the Czech Republic and the Czech Chamber of Commerce critisize the fact that wage increases to public servants will be higher than to those woking in the private sector.

President Milos Zeman, who attended Wedneday’s cabinet meeting, said he will support the budget proposal when it is discussed in Parliment and praised Transport Minister Dan Ťok for coming up with an investment plan in the sector.

According to the Czech News Agency, the budget’s future is likely to lie in the hands of the Communist Party, which is yet to discuss the proposal.