India with its population of around 1.4 billion and growth rate for 2016 of just over 7.0 percent is clearly an appetising market for anyone. But it’s sheer size, reputation for bureaucratic obstacles, and the time and expense of opening markets also makes it a daunting challenge for most exporters. 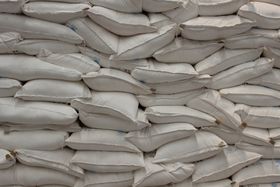 Photo: chowbins / CC0 / Pixabay But once Czech company over the last year has taken the plunge and it appears to be a success story. That company is pet feed producer Tekro. It’s main market is foodstuffs on the domestic Czech and European markets for cattle, horses, and other farm animals. But it also has a sideline of pet food for dogs and cats.

And the Tekro bosses looked at the massive and fast expanding Indian pet food market and believed that they could hardly lose out if they tried to open the door there. They had already looked at other major markets, China and Russia, and found that exporting was not so easy. China’s import and certification, for example, barriers proved a clear turn off.

Helped by Czech state export agency, CzechTrade, Tekro took the plunge in India and, while its still early days, it appears to have been a success. The Czech producer decided to just target the dry food granules market as the import conditions were a lot less strict there. They also opted to only sell at the top end of the market since another major company, Royal Canin, was already well entrenched on most of the rest of the pet food sector with a market share of around 80 percent. But the Czech company also tied up with one of the biggest local distributors to make sure that at least some outlets would be open to it. 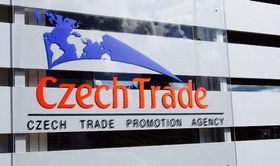 Photo: FB CzechTrade So far, one container load of Czech pet food has already been delivered to India and another is on the way. A toehold in an enormous market has been achieved. For CzechTrade’s local representative, Tomáš Rousek, the moral of the story is that sometimes testing even the most daunting foreign markets can pay off if some basic preparations are made.

CzechTrade’s Indian ambitions for 2018 are a bit more conventional. They include trying to help Czech companies break into the Indian auto market, one of the biggest in the world. There, connections already established with some of the Indian companies in the United Kingdom, are providing an introduction for the export push in India. India’s ambassador to the Czech Republic: We appreciate your commitment to Mahatma’s ideals

The past two years have seen a revitalization in Czech-Indian ties, with intensified cooperation in the academic and business spheres… Czech Prime Minister Andrej Babiš wants to promote his country’s relations with India to a strategic partnership. He said so in an…