The hot summer in the Czech Republic is set to impact on household budgets as relatively poor crop yields are leading to higher prices for vegetables, particularly potatoes, iHned.cz reported. 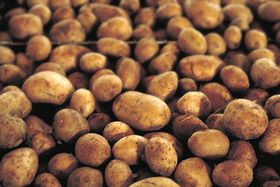 This roughly 50 percent price rise is mainly down to a shortage of spuds. The Czech Statistics Office says this year’s harvest was 30 percent down on that in 2014. Indeed, it was the lowest yield since nationwide statistics were first recorded in 1920.

Analyst Petr Havel says potatoes were the hardest hit of all the most important commodities, with this year’s harvest down by as much as half in some parts of the countries.

The tubers were not the only crop negatively impacted by the summer’s high temperatures and drought. Zemědělské družstvo vlastníků Nošovice in North Moravia, one of the Czech Republic’s biggest producers, says this year’s cabbage crop was up to 80 percent lower than last year’s.

Stanislava Burdová from the Agricultural Association of the Czech Republic says corn, rapeseed and beetroot yields were also likely to be relatively poor due to the summer’s low rainfall.

Veg prices could still jump by up to 10 percent more with the onset of winter, though the biggest increases are probably behind Czech consumers, says analyst Boris Tomčiak of the company Colosseum.

Analyst Petr Havel takes a rosier view. He says that no more hikes are likely, apart from in the case of potatoes. The shortfall in domestic output will be offset by imports from other countries, whose wares tend to be cheaper in any case.

Havel told iHned.cz that the Czech Republic had been dependent on imported fruit and vegetables for three years, so this year should be no different from the perspective of consumers, he said.

Fruit prices are unlikely to go up, says Havel. Unlike in the case of vegetables, fruit production in 2015 was better than last year. However, an even greater yield had been foreseen time out.

Over 140,000 tonnes of apples were produced in the Czech Republic this year – the highest amount since 2009. Nevertheless, experts had expected around 10 tonnes more and, after a run of relatively poor harvests, the output was still one-quarter below the long-term average. The story was similar with pears.

The summer’s abundant sunshine had a positive impact on the quality of fruit, particularly in terms of sugar content, and 2015 is expected to be a vintage year for Czech wine.

This year’s plums have also been top notch, meaning the slivovice (plum brandy) currently being distilled should also be of high quality. 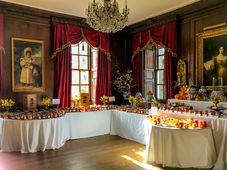 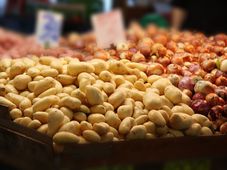