The planned giant investment of Taiwanese mobile, tablet and camera manufacturer HTC in Brno promising to create up to a thousand new jobs is falling apart within months of it being announced. Dozens of the company’s employees have received notices to quit before the planned European service centre was even launched, Czech Television reported on Monday. Photo: Khalil Baalbaki The project was hailed by the state-run investment promoter CzechInvest as one of the fastest investment projects to have been undertaken in the Czech Republic. Under the plan, which was officially confirmed by Prime Minister Bohuslav Sobotka and Industry and Trade Minister Jan Mládek in May, HTC was to open its first business representation office outside Asia in Brno in mid-June.

The first contacts with one of the world’s leading phone producers started at the beginning of this year, and talks about the location of HTC’s centre took about four months. Speaking at a press conference in Brno at the beginning of June, HTC’s vice-president Bruce Lee said the company had already taken on the first 200 employees. Two months later, however, the situation looks quite different.

One of the recruitment agencies working for the Taiwanese company told the public broadcaster that it has already found other jobs for some of the people who were originally recruited for HTC. The Taiwanese company has not even signed a lease contract with Czech developer CTP Invest yet for the planned service centre site. According to CTP’s Tomáš Budař, they have not received any official information about HTC’s intentions.

HTC was established in 1997, originally functioned as a behind the scenes designer and manufacturer for some of the world’s biggest mobile phone companies. Since 2007 it has branched out into making its own products under its own label with the aim of becoming an international brand and taking credit itself for the many innovations it was coming up with. Around a third of the company’s workforce is involved in research and development.

The Taiwanese company has targeted the top premium end of the smart phone market, offering use of both Android and Microsoft Windows operating systems. Last year, HTC was around 11th in the worldwide mobile sales market with a share of around 2.0 percent.

HTC, which employs almost 18,000 worldwide, is currently facing troubles in the highly competitive smartphone market, with sales undermined mainly by competition from low-cost makers. In mid-August, the company announced it would cut its total workforce by about 15 percent to keep itself afloat. They have cut its expenditures by more than one third and the Czech service centre now looks like it has fallen by the wayside. 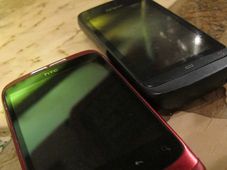 Innovative Taiwanese mobile, tablet, and camera maker HTC is focused on setting up its Europe-wide service centre in the Czech Republic…