Visitors to the Czech Republic as well as locals should be warned that stores larger than 200 square metres will close at noon on December 24 and remain closed for two days after that. A new law which has come into effect aims to make the Christmas period less about commerce and more about the holiday spirit, allowing people to slow down and spend time with their families. The flip-side is that there has been a greater rush at large stores in the run-up. This week, there was no shortage of long lines at many major retailers. 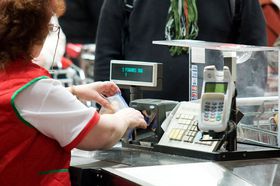 Photo: Tomáš Adamec Czechs have already had a chance to get used to the new law requiring large stores to close their doors on several of the year’s most important holidays; but it is likely that this Christmas at least some will be caught off guard. Those mindful of the changes have been hitting shopping centres and supermarkets with new intensity leading to heavy lines in places this week. Bookstores, toy shops, electronics sellers and other stores have been swamped. Not all stores, are affected by the bill, of course. Sites, such as Expats.cz note that venues such as pharmacies, gas stations, airport shops do not come under the legilsation. And, stores under 200 square meters, such as local grocery stores, can remain open, but in the final hours before Christmas, are likely to be busy up until the last minute.

Aside from the three Christmas holidays, the law also inlcudes New Year’s Day, Easter Monday, Liberation Day, the day of Czech Statehood Day on Sept. 28 and Independent Czechoslovak State Day on October 28. Expats.cz writes, for example, that shopping malls will have varying hours; according to the site, malls have been interpreting the law as not applying to them, as the shops are each in general under 200 square metres. All the same, checking opening hours online is probably a good idea.

As for those, who open their doors in violation of the law? Fines can go up to one million crowns, while repeat offenders risk paying five times that amount. 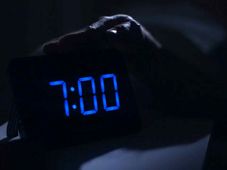 Czechs start work bright and early, more so than most other nations in Europe. According to a Microsoft survey just out, the majority…

Czech trade unions have been pushing for a shorter work week by two and a half hours, but a recent survey shows that Czech employees…