Lend me your ears: audiobooks grab increasing share of market 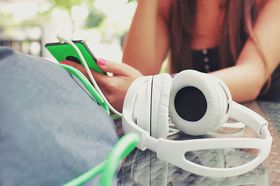 Foto: Pixabay, CC0 public domain The Czech audiobook market is growing for the third year in a row and the range of books available on the market has been on the increase as well. At the moment, customers can choose from thousands of titles.

According to a survey carried out by the association last year, nearly one third of audio books produced in 2015 were books for children and teenagers, followed by detective stories and thrillers with 15 percent of the new titles and humoristic literature with 14 percent. Over 60 percent of the audiobooks published that year were written by Czech authors.

According to the survey, the bestselling audiobook last year was Don Miguel Ruiz’s The Four Agreements, read by popular Czech actor Jaroslav Dušek, followed by Betty MacDonald’s trilogy from the 1950’s and David Williams’s Gangsta Granny.

The number of audiobook listeners has been increasing also thanks to the possibility to download books from the Internet. Nearly one quarter of all the audiobooks sold last year were purchased in this way.

Publishers of audiobooks also try to keep the prices as low as possible so that they don’t exceed the price of a classical printed edition:

“People have a tendency to compare prices. People usually wouldn’t buy printed books which exceed 300 crowns. With audiobooks the upper price level is 299, even with audiobooks that are more than 10 hours long, says Kateřina Konopásková of the Audiobook Publishers Association.

Currently there are over 3,000 audiobook titles available on the Czech market. While in 2015, some 130 new titles were released, this year it will be over 200.

The largest share of the market, more than two thirds, is divided between three major audiobook publishers: Czech Radio’s own label Radioservis, Supraphon, and Tympanum. At the same time, a growing number of publishing houses focused on classical printed books are getting involved in the audiobook business. 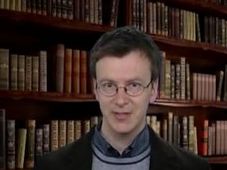 This week’s edition of One on One features one of the joint founders of the biggest Czech publishing house for audio books, Tympanum.…

How have Czechs taken to the audiobook?

The audiobook is enjoying record popularity around Europe at the moment - sales are thought to be rising by 15% on average each year.…