Depending on who you talk to, the centuries-old vision of building a canal linking the Elbe, Oder, and Danube rivers is either a brilliant way to open routes for the Czech Republic to three seas – a “Suez canal for Bohemia” – or an exorbitant project of monumental folly that would endanger water quality in all three river basins and erase precious floodplains from the map of Central Europe. 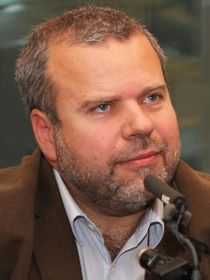 Jan Skalický, photo: Alžběta Švarcová / Czech Radio In the decidedly pro-canal camp is Jan Skalický, a former director of the national Water Directorate, now chairman of the Danube-Oder-Elbe Association. In a recent debate on Czech Radio, he argued that the project addresses multiple long-term issues, and is grounded sustainability – promoting a greener form of transport, ensuring both ground water retention in times of drought and protection from floods.

“The Danube-Oder-Elbe water canal, which is now under study by the Ministry of Transportation, in my opinion is the best way to address the current water management situation – meaning the ever greater shortage of ground water we now face.”

“Our association is convinced that there is no more beneficial transport project in economic or ecological terms that the Czech Republic could be working towards. That is why we believe the canal project will be realised.”

This is hardly a new idea. Holy Roman Emperor Charles IV first dreamt of a waterway capable of taking ships from the Oder to the Danube back in the 14th century, and countless others have revived the idea of linking the North Sea, the Baltic and the Black Sea over the centuries.

Czech President Miloš Zeman called the Danube-Odra-Labe canal, given new life by the current government, has called it “his favourite project”. But due to the inherent international nature of water bodies, if the canal is ever realised, it must be a European affair, and require this landlocked country to win over sceptics across the EU.

The Czech contribution would exceed 582 billion crowns, making it the single-largest infrastructure project in the country’s history. Mr Skalický of the pro-canal association says that in terms of flood protection alone, the return on investment could be eightfold. Prof. Bedřich Moldan, deputy director of Charles University's Environmental Centre, holds quite the opposite view. 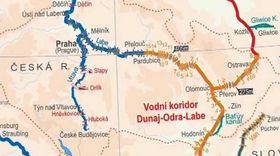 Danube-Oder-Elbe water canal, photo: Czech Television “I don’t believe it would pay off economically or ecologically and rather would be a total disaster in both respects. … As for preventing drought, in my view and according to expert studies, the focus should be on retaining water in the countryside, not drawing it from the Danube. Besides, if there is a serious drought, there will also be a shortage in the Danube.”

Meanwhile, the Ministry of Transport continues work on a draft feasibility study, made public in October, while comparing notes with officials in Poland and Slovakia. The three countries have agreed to submit a co-financing proposal to Brussels by 2023, and, if approved, start digging in 2028. 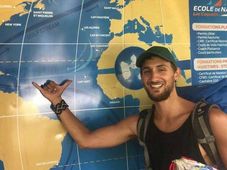 Czech traveller hitchhikes across the Atlantic

For people from a land-locked country, boat hitchhiking may not seem like the ideal way of going places. But young Czech traveller… 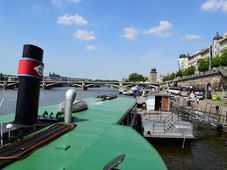 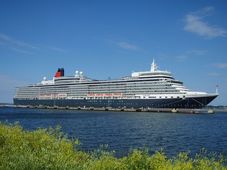 An increasing number of Czech tourists are spending their holidays on luxury cruise liners, the daily e15 reported on Thursday. The…