The favourite destination for Chinese shoppers in Europe is usually Paris, but the private investment group CEFC has been on a veritable spending spree in Prague and the Czech Republic. In the basket have gone stakes in a major brewery, travel company, Czech investment group, famous football club, and a few choice pieces of real estate in Prague. 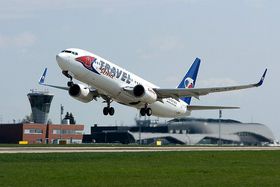 Photo: MarekV, CC BY-SA 3.0 The two main questions after the investments in the Lobkowitcz Brewery, Travel Service, J&T Group, Slavia Praha and some minor dabbling in the Czech media scene are what’s next in the pipeline and who exactly are CEFC.

CEFC describes itself as 65th among China’s top 500 enterprises and one of China’s top 10 most influential companies. It’s main business is energy, basically oil and gas, with the activity accounting for 60 percent of its revenues. Financial activities account for 25 percent of income and industrial processing the remaining 15 percent.

And the turnover, at least by Czech standards, is enormous. In 2014 CECC’s turnover totaled RMB 220 billion. In Czech crowns that’s 863 billion or around two-thirds of the total Czech state annual revenues. CEFC turnover has doubled since 2011. With that sort of clout, it’s not surprising that CEFC feels that it can deal at an equal level with Central European heads of state and government. The company’s web site in English describes how since April CEFC’s chairman Ye Jianming has been an economic advisor to none other than

Czech president Miloš Zeman. And CEFC is used to doing deals with the world’s biggest corporations. Recently, for example, it agreed to take three large Siberian oil field development’s off the hands of Russian company Gazprom and has been one of the key players in forging closer energy ties between Beijing and Moscow.

CEFC describes its management as “three in one.” The three are entrepreneurship, Confucianism, and military-style regimentation. The company web-page is a mixture long lists highlighting how to get the most out of employees and what sometimes sounds like fortune cookie philosophy.

Czech business daily Hospodářské Noviny mentioned in its Monday edition that foreign speculation has long existed that CEFC begin in the early 1980s with the support of those close to the highest echelons of the Chinese army, something CEFC though has denied. There is little doubt though that it enjoys close and profitable relations with the Chinese government.

The choice of the J&T group as CEFC’s main vehicle for entering the Czech Republic and the region appears fairly shrewd. J&T is already present in Czech energy and petro-chemical sectors as well as banking and finance, and could almost be described as a scaled down version of CEFC itself. CEFC says that as a private company, it can often enter markets and take stakes in Europe where Chinese state-owned enterprises would probably encounter difficulties. With plenty of experience of its own in M&A, J&T can probably smooth the path even more and with Chinese financial backing make purchases it has hitherto just dreamed of.