Although Czechs are still enjoying above-average temperatures for October, the first spell of cold weather is just around the corner and many Czech households are bracing for higher heating costs this season. 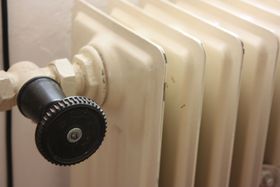 Photo: Štěpánka Budková Brown coal suppliers have increased prices by about five percent. Nevertheless, coal heating remains one of the cheapest options and is still used by many households in the rural areas. Households that burn coal pay around 44,000 crowns a year. Companies are now appealing to customers to order coal on time, so as to be stocked-up in time for the first cold spell.

Heating plants, which most people in the big cities rely on, will raise prices not only because of the more expensive coal, but also because of the increase in the price of emission allowances and the fact that heating plants will receive lower financial support from the state this year. Around 40 percent of Czechs rely on heating plants.

Using electricity for heating is traditionally the most expensive option, costing on average 60,000 crowns a year, and it will get even more so, with electricity costs expected to increase by around five percent.

Gas heating used by 36 percent of households should cost more or less the same – approximately 53,000 crowns a year.

Wood is presently the cheapest form of heating, thanks to the glut of timber on the market due to the bark-beetle infestation and trees felled by gale-force winds, which have pushed the price of wood down. People who use wood for heating are likely to pay around 43,000 crowns a year or less.

About 13 percent of households use solid fuels.