Digitilisation and the increased use of robots in industry could lead to the loss of more than half of all the jobs in the Czech Republic, according to former prime minister Vladimír Špidla. Even in the next 20 years one 10th of today’s jobs could go, suggests a new study. 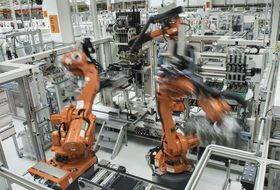 Illustrative photo: CTK Czechs can expect radical changes in the labour market in the coming years. In fact, up to 53 percent of today’s jobs could disappear in future.

That’s the message from Vladimír Špidla, who addressed delegates at the conference Direction Work 4.0 in Prague on Monday morning. Mr. Špidla was prime minister when the Czechs joined the EU in 2004 and is now his Social Democratic Party’s chief advisor.

He told the conference that some professions in the Czech Republic could be expected to die out completely. Others will be transformed. But the main task facing future governments in this regard will be handling the consequences of these changes for society, Mr. Špidla said.

Also speaking at Monday’s conference was Michaela Marksová, the Social Democrats’ minister of labour and social affairs. She said that there were fears that digitilisation and robotisation would lead to the demise of many jobs.

Change will come, Minister Marksová said, but new professions will also arise and more people will be needed in, for instance, services.

Vladimír Špidla compared digitilisation to the industrial revolution of the 18th and 19th centuries, which it took the society of the day decades to come to terms with.

According to a Ministry of Labour and Social Affairs study, up to one tenth of jobs – or over 400,000 positions – could disappear within just two decades due to the increased use of robots.

The ministry has already produced an employment plan for the coming years. It includes, for instance, allowing workers time off for education, tax advantages for jobs in the services and special loans for the self-employed. 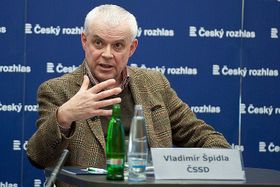 Vladimír Špidla, photo: Filip Jandourek New technology could have a deep impact on about one third of all jobs, or around 1.4 million positions in total.

Labour ministry officials say it will be necessary to further boost education and – in response to the aging population – health and social services. The state will need to take steps to ensure there are enough doctors and other medical professionals to meet demand.

At the same time, support for the creation of new jobs should be considered, according to the ministry. Possible measures include reducing the tax burden on labour and boosting support for the self-employed.