Average mortgage rates in the Czech Republic ceased climbing in May on the back of banks’ springtime campaigns to attract new clients. Meanwhile the overall number of mortgages signed indicates that the market is cooling down, iHned.cz reported. 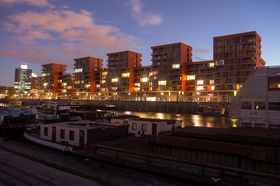 Illustrative photo: Pavel Culek, CC BY-SA 3.0 Last month the average monthly mortgage rate in the Czech Republic was 2.51 percent, the same rate as for April, according to market analysts Fincentrum, whose data is based on the real values of freshly agreed contracts, including refinancing.

It was the first time this year that the average mortgage rate did not climb and followed annual seasonal campaigns by banks aimed at enticing clients to take out new mortgage loans.

Josef Rajdl, chief economist at Fincentrum, told iHned.cz that banks’ special offers in May were the reason that eight straight months of gradual mortgage rate rises had been halted.

Mr. Rajdl said not all Czech lenders had ceased raising interest rates. However, most had launched spring offers or at least put further rate increases temporarily on hold, he said.

In May last year the average interest rate was 2.03 percent. The lowest rate ever seen on the Czech market – 1.77 percent – was recorded in the final two months of 2016.

Last month’s developments confirmed that interest in mortgages has cooled, iHned.cz wrote. Banks agreed just over 7,800 housing loans in May, a full one-fifth fewer than in the same period in 2017.

The overall volume of mortgages also declined, from CZK 21.16 billion last May to CZK 16.76 billion in the fifth month of this year.

The figures for last month are also the first since 2009 in which there was a fall in both volume and freshly inked loans. Though the declines in the two indicators were marginal, Fincentrum believes this could be a harbinger of a more significant slowdown of the mortgage market.

More expensive loans combined with sharp rises in property prices have led to a decline in people’s interest in acquiring their own homes, iHned.cz.

Further cooling can be expected, with stricter new rules on mortgages due to come into effect from October 1.

The Czech National Bank says lenders should not provide loans that exceed 45 percent of a borrower’s net monthly income, while the amount of a mortgage, including old loans, should not be more than nine times higher than net annual income.

Fincentrum says this will make it harder for those on average or low incomes to get a mortgage, leading in turn to reduced demand for such loans, iHned.cz reported. 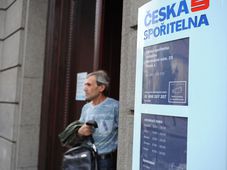 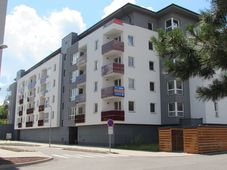