More than a half of Czech children, some 54 percent, have their own bank account. A further 41 percent say that they want to have it, while just 5 percent do not, according to a survey conducted by Bank Creditas. More than two fifths see their mobile phones as the main access point for using their bank account. 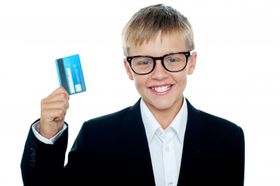 Photo: stockimages / FreeDigitalPhotos Out of the children that already have one, 63 percent say they use it mainly in order to pay by card in shops. But 61 percent said that they would rather pay by phone, through apps such as Google Pay.

Out of the 200 respondents between the ages of six and 17 that filled out the survey, 91 percent said that not having to pay extra charges for withdrawing money when abroad was a priority in their preferred bank account.

More than two-fifths also put down good interest and easily understandable graph summaries of their transactions as important.

Ivana Pícková, Bank Creditas’ head of product management told the Czech News Agency that the bank was particularly surprised by the rationality of the children, who prioritised interest and commissions ahead of things such as custom account settings.

Another recent survey, which was conducted by Poštovní spořitelna, showed that most children begin receiving pocket money from their parents when they enter the first year of primary school.

Three quarters of the respondents also said that they make sure to teach their children the basics of finance. Less than 20 percent said that no particular education in this area is necessary. 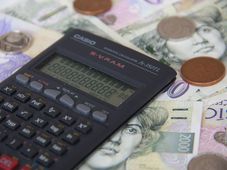