The lower house of parliament has approved a new legislation amendment, which would make it easier for district authorities to remove aging car wrecks abandoned in the streets of Czech towns and cities. Photo: ČTK/Michaela Říhová Run-down vehicles without registration plates, broken windows, deflated tires, sometimes even covered with vegetation – that’s a common sight in towns and cities all over the Czech Republic. Apart from being an eye-sore, these vehicles are also taking up parking spaces, which are usually in short supply, and can also pose harm to the environment.

Until now, removing such car wrecks from the streets has been a rather complicated process. According to the current law, only vehicles with severe damage to their mechanism or construction classify as wrecks and can therefore be removed. This does not involve vehicles with flat tires or no number plates.

A proposal put forward by deputies from the ruling ANO party, which was approved by the lower house on Wednesday, may simplify the process of in the future. Under the draft legislation, a car wreck is classified as any vehicle with a mandatory two-year technical control expired by at least six months.

If the vehicle owners display no interest in their car, local authorities can sell it in auction or have it disposed of. Under the draft amendment, such vehicle owners can also face a fine of up to CZK 300 thousand.

ANO deputy Zuzana Ožanová hopes the measure could help to clear the streets of Czech towns and cities from so many unused vehicles:

“Such vehicles tend to stand in the streets for years, and their technical control has long been expired. They are quite an eye-sore in the centre of our cities and we have to do something about it.

“In many cases, we don’t even know who the owner of such a vehicle is. The good news is that under the proposal, the street owner will be able to look the person up in the registry of vehicles.” 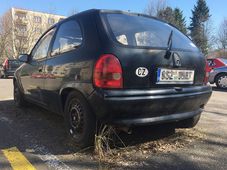 On Wednesday, Parliament is expected to discuss a new legislation amendment, which intends to make it easier for district authorities… 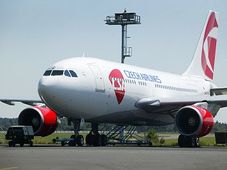 In this week’s Business News: will the only offer for Czech Airlines fly?; Czech car manufacturers look to gloomy post-scrap incentive… 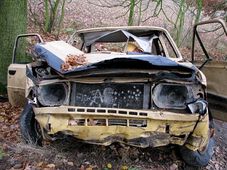 Car scrapping incentive scheme scrapped after Klaus veto, but for how long?

The government’s car scrapping incentive scheme had been described as the “flagship” of the recently approved economic stimulus package,…