A new small automated hydroelectric facility starts up on the Labe River. 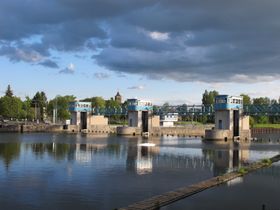 Illustrative photo: Miloš Turek It took ten years and survived floodwaters while under construction, but a new hydroelectric power station on the country's Labe River is complete, news website iDnes reported on Friday. Located at Liběchov, the plant was built solely by Czech companies, using 16 thousand cubic metres of special concrete and three thousand tonnes of additional materials including steel construction. The foundations for the power plant were sunk 16 metres under water.

Construction of the site was not without challenges, the daily writes, located not far from a dam in Běrkovice and a train route connecting Děčín and Prague. It also survived unexpected floods, before completion, in 2013.

The head of the small hydroelectric plant, Pavel Bučina, told iDnes that the most important factor for any such facility was the difference between water levels for the optimal operation of the facility's turbine. The facility is automated to operate ten hours daily and requires only occasional maintenance and monitoring and no on-site staff. Only a few technicians were required to launch operations. The plant is constructed to allow the flow of 100 cubic metres of water per second at a speed of ten metres per second.

Czech firms involved in the project were technology-provider Mavel, construction giant Metrostav and the company Zakládání staveb, the website reported. All were chosen in public tenders. 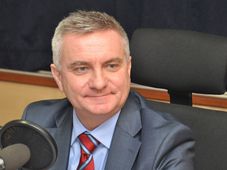 The scandal surrounding the Czech company Liglass Trading, which this year landed a lucrative contract in Kyrgyzstan on the construction… 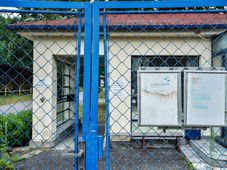 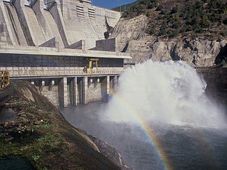 Czech power distributor Energo-Pro is set to complete the construction of the biggest private-owned hydro power plant in Turkey. The…