Czech online grocer Rohlik.cz has made a pledge to get rid of all single-use plastics by the end of the year. The shop has also introduced a filter option which allows its customers to buy only plastic-free products, spokesman Pavel Kučera said on Wednesday. 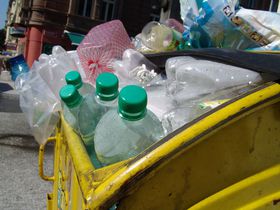 Rohlik.cz will also enlarge its range of products by wooden and paper cups, trays and cutlery to replace the plastic ones, which will be available until they are sold out. The online grocer also plans to introduce biodegradable bin bags and nappies.

The online grocer delivers most of its goods in paper bags with FSC, which guarantees that the product has come from a responsibly managed forest.

Earlier this year, the Czech Republic’s discount chains Kaufland and Lidl made a pledge to get rid of single use plastics, such as straws, cups and ear swabs, by the end of next year.

Lidl has also announced it will cut use of plastic packaging on its own range of product by 2025, while Kaufland has promised to sell its brand products exclusively in recycled packaging by the same year.

Czech senators recently upheld an EU proposal to ban single-use plastic products which can be replaced by financially affordable products made from other materials.

The European Commission proposes banning single use plastics and putting burden of cleaning up waste on manufacturers in an attempt to reduce marine litter worldwide. The proposal, which still needs to be approved by all EU members states, also requires them to collect 90 percent of single-use plastic drink bottles by 2025 and manufacturers to help cover costs of waste management and clean-up.

The Czech branch of the environmental organisation Greenpeace has recently launched a campaign called Plast je Past, calling on supermarkets to put pressure on their suppliers to eradicated plastic packaging. The campaign has been joined by over 73,000 people so far.