Pink vs yellow: bike sharing firms gear up to battle for customers

Although winter months are still ahead, two bike sharing firms in the Czech capital are gearing up in the fight for customers. Home-grown firm Rekola, known for its pink bike frames on the market for more than five years, faces a battle against Chinese newcomer OFO, whose yellow bikes were tested in a pilot run in Prague 7 just recently. 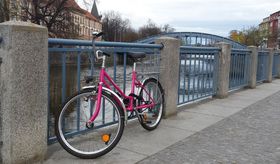 Rekola bike, photo: Andrea Zahradníková In Prague and not just the capital, the sight of pink Rekola bikes shared by customers who want a quick means of getting from A to B have become more common so as to no longer raise an eyebrow or appear unusual. Now though, the pink bike company faces new competition from late entry OFO, no doubt looking to draw away and build its own base of regular customers.

The pink bikes are often locked at designated areas – from railings outside buildings to bike stands – while the yellow ones can be parked anywhere and require scanning only a QR code to unlock. It is a bit unusual at first sight to see a bike parked unattended in the middle of Letná Park, for example, but it is apparent the idea is catching on quick.

Ofokol the company which manages the OFO bikes here tested some 300 bikes in the autumn, making them available to the public. Several thousand users tallied up 25,000 rides, the firm’s media representative in the Czech Republic Šimon Rákosník told Czech Radio. Worldwide, OFO also operates in cities such as Moscow or Milan.

Czech firm Rekola operates in Prague but also other cities such as Brno and Olomouc and is looking to expand to České Budějovice and Teplice, deputy director Antonín Cvrček says. 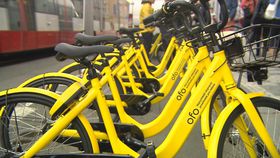 OFO bikes, photo: Czech Television In Prague alone, the firm is planning on boosting its current fleet of 300 bikes to 500.

Not all think that the escalation of competition between the firms will be a good thing: some observers suggest firms will have to increase efforts to ensure bikes, in heavier circulation, are properly maintained.

The European Cycling Federation, meanwhile, has recommended that cities should limit the number of areas where bikes can be parked, to ensure they are not left just anywhere. 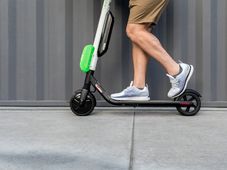 A new electric scooter sharing system in Prague, implemented only three weeks ago, has already met with some raised eyebrows across… 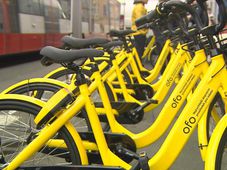 Chinese bike-sharing company Ofo will start operating in Prague this year. Around one thousand bikes should be available for rent in… 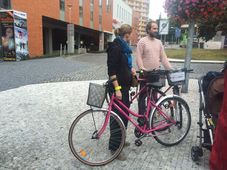 Rekola four years on: Bold pink bikes in the public space capture imagination of cyclists from Prague to Brno

What began as Rekola, the NGO, is now an NGO-slash-successful socially-conscious business. If you need to get quickly from A to B in Prague…