A new poll conducted by the Median agency for public broadcaster Czech Television suggests that 58 percent of the population supports the Finance Ministry’s flagship project, the electronic cash register system (EET). The system, which went online in the first of four planned phases on Dec 1, first affecting drinking and eating establishments and hotels and other accommodation, relays information electronically to the tax office as a means of clamping down on tax fraud. The system began working fairly smoothly, after month-long testing. Most venues and entrepreneurs had ample time to prepare and acquire needed software. 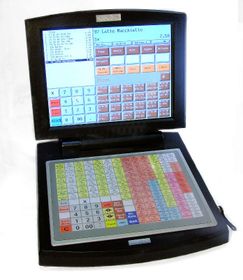 Photo: Tokaito, CC BY-SA 3.0 Roughly one-third of the population is not in favour of the system and at least one business closed for a day in protest; other businesses, for example small village pubs, not wanting to implement the system, have closed doors for good. According to the Median survey, 59 percent of those queried believe that information gained by the tax bureau would be abused. Forty-nine percent said they believed the system would negatively impact their business, and 14 percent stated that the EET would put them out of business. Meanwhile, some 40 percent of entrepreneurs told pollsters they had, or would, raise prices as a result. Those raising prices so far are eating establishments and those providing accommodation.

Among professions to be affected in coming waves, are for example financial services and artisans or craftspeople, as well as those in construction. The latter are more concerned about the system although they have not come under the system yet. Of businesspeople some 55 percent said they thought the new electronic cash system would improve tax collection but two-thirds also maintained that the system would increase administrative duties. The poll was conducted between December 7 and 10, questioning just over 900 people, news site lidovky.cz reported.