Consumers in the Czech Republic and other parts of the former Eastern Bloc look like getting positive news this week with EU officials due to put forward new guidelines against dual standards in food and other products. A Czech MEP says that while only a first step, the rules should ultimately prove useful. 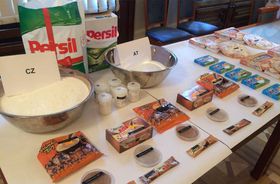 Photo: Barbora Kladivová Various tests have in recent years shown that products sold in the erstwhile Eastern Europe can often be of lower quality than those marketed in very similar packaging in the old West.

One example uncovered last year was Iglo (known as Birdseye in the UK) brand fish fingers, which were found to contain 50.2 percent fish in the Czech Republic compared to 63.8 percent in Germany.

Such cases have reinforced perceptions that multinationals flog inferior goods, in particular foods and detergents, in the former Eastern Bloc, angering consumers and prompting politicians in the region to call for change.

On Wednesday the European Commission is set to bring out fresh guidelines asserting that dual quality of products contravenes EU law. Firms could even be fined for the practice.

Czech MEP Olga Sehnalová welcomes the move, which she says will be perceived differently in different parts of the continent.

“Old member states also protect their producers. But in the case of new member states it is to a certain degree perceived symbolically as an example of how the EU and the internal market works.” 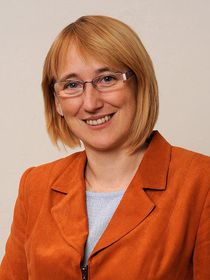 Olga Sehnalová, photo: archive of Olga Sehnalová However, there may still be some way to go before both parts of the European Union achieve full parity in terms of food quality, says the MEP.

“It’s just one step on a rather long journey. Because then we will face negotiations on the proposal both in the European Parliament and among member states. Also there will be talks on a compromise variant. So it’s difficult.”

Olga Sehnalová says some firms are already looking at ways to get around new regulations. But either way, they are a step in the right direction.

“They’re already trying various tricks. We need to give supervisory agencies a clear legislative instrument that allows them to take action. Because at present there has been no example of such an agency taking such a step. Work is also being done to draw up joint methodology on that member states can use. When it’s ready, there should be Europe-wide research and – if the proposal goes through – the supervisory agencies will be able to take action. That hasn’t been the case up to now.”