The council at Prague City Hall has voted to ban all gaming bars in the city. More than 200 establishments with gambling machines are to be closed down, while a full ban is to be implemented in Prague 4. Photo: Filip Jandourek Prague councillors late Thursday made sweeping changes to an original motion put forward by the mayor of Prague, Adriana Krnáčová, which had envisaged a reduction in the number of gaming bars allowed in the capital. Instead, gaming bars will be phased out entirely. Some will close their doors as early as January 1, others within the next one or two years, as the city simply ceases to issue new licenses existing ones run out. In their vote, councillors allowed that some 100 or so establishments designated as casinos, will stay. Prague councillor and Prague 7 deputy mayor Ondřej Mirovský explained:

“Only casinos will be allowed to stay, but gambling bars, the kind of dirty venues we often see on some streets, will disappear.”

But even casinos, will not be allowed to stay in the district of Prague 4 which opted for zero tolerance. Other Czech towns and cities with total bans already are Brno, České Budějovice, Zlín city centre, and Kroměřiíž. Now anyone wishing to slot coins into gambling terminals in Prague, will soon have to go elsewhere.

That is not to say those in the legal gaming business are going to take the decision lying down. Already challenges are brewing and are likely to end up in court. Petr Vrzáň of the Association of Gaming Operators told Radio Prague those hard hit by Thursday’s vote will be fight the decision tooth-and-nail. 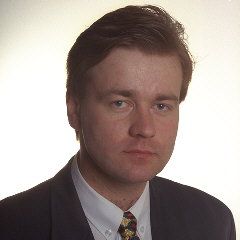 “The earlier proposal was rational, but it was swept aside in a populistic move. We have no option but to fight such an attack on a legal enterprise at all levels: at the Interior Ministry, the anti-monopoly office, and to petition the new leadership at City Hall.” An unknown individual has made headlines in the Czech Republic, after the country’s prime betting company, SAZKA, announced that the… 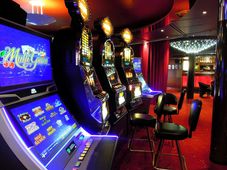 Game over: Czechia no longer the ‘casino of Europe’, slot machine bars disappearing

A decade ago, the Czech Republic had more gaming machines per capita than any other country in the European Union. But “one-armed bandits”…