Prague City Hall has unveiled plans for the restoration of Prague’s Holešovice Market, the daily e15 reported this week. The historical complex of 19th century buildings should be transformed into a creative cluster including a marketplace, eateries, and offices.

Holešovice Marketplace, photo: VitVit, CC BY-SA 4.0 The overall costs of the transformation are estimated between two to three billion crowns. According to the plan, most of the current tenants, which include the new circus Jatka 78 or the Trafo Gallery, should remain on the premises.

“We want to open the marketplace to people of all ages and income groups, and secure an economically sustainable operation of the place,” Mr Vyhnánek said in a press release. The revitalisation of the market should take up to two decades. The first renovation works are due to start already this year.

The development of the Holešovice market has been paralysed by a long-lasting court dispute with the former administrator of the market, the firm Delta Centre.

In the meantime, the place has been gradually falling into disrepair. At the moment, around one fifth of the buildings are unused.

Apart from the necessary reconstruction of the existing buildings and public areas, there are also plans for new constructions, including a lookout tower located at the site of the former chimney.

The architectural study also pledges to plant some 70 new trees on the premises, which will be irrigated by rainwater, the daily e15 reports. It also plans to install a special cooling system using water from the nearby Vltava River.

Originally built as the central slaughterhouse of Prague, the Holešovice Marketplace was closed in 1983 and converted into the Prague Market in 1985, the largest market in central Prague.

With an area of approximately 110,000 square meters, it has been a popular destination mainly among locals looking for the fresh produce a well as other items.

The future plans for the Holešovice Market have been inspired by similar sites elsewhere in Europe, such as the former meat industry business centre Kødbyen in Copenhagen or the former Matadero slaughterhouse in Madrid. 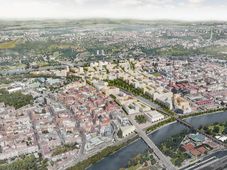 City Hall plans its own Covent Garden near Wenceslas Square 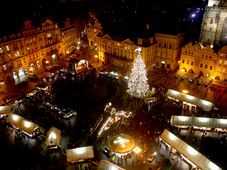 During the Christmas period and the New Year, the Czech capital attracts hundreds of thousands many of whom want to experience classic…