Prague City Council has approved a proposal to join other big European cities in calling on the EU executive arm to better and more uniformly regulate short-term accommodation platforms targeting tourists, such as Airbnb. 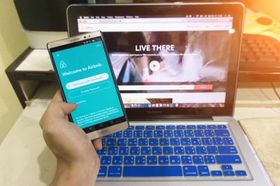 They say that explosive growth of short-term stays, coupled with urbanization, has contributed to chronic housing shortages in their cities and locals out of the rental market for central flats.

Prague City Councillor Hana Kordová Marvanová (United Force for Prague), who is responsible for legislation, public administration and housing support, noted that the Czech capital has not yet signed on to the that 10-city initiative.

But in a statement posted on the Prague City Hall website, she noted affordable housing has become a major problem.

“Over the past 15 years, Prague’s population has increased by more than 12 percent, which is almost 150,000 [more people] in absolute terms. At the same time, Prague is also a popular destination for tourists from all over the world”, Marvanová said.

Separately, Prague City Hall is negotiating with the Regional Development Ministry about drafting or amending national regulation in this respect. However, its two previous proposals were rejected by parliament.

Marvanová said Prague will demand that the short-term accommodation platforms be obligated to release information on the number of rented flats. The Czech capital also wants to be empowered to regulate such services, she said.

Other possible measures to be discussed include reinforcing the powers of associations of apartment owners, and amending construction rules to better reflect the current situation – where even entire apartment houses in the centre of Prague are used as hotels, Marvanová said. 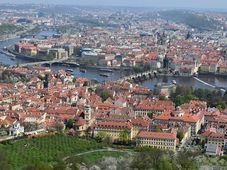 In recent years, Prague has seen a surge in the number of people offering their rooms and apartments for rent. In fact, every fifth…