Czech legislators are preparing a bill that seeks to prevent the theft of the country’s technology and is primarily aimed at Chinese investments, Hospodářské noviny reported on Wednesday. 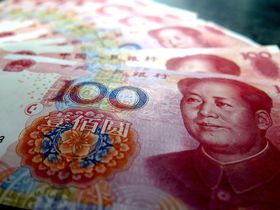 Photo: moerschy, Pixabay / CC0 The legislation taking shape at the Chamber of Deputies concerns acquisitions by foreign entities and would allow the Czech authorities to scrutinise such deals, the business daily said.

In the case of suspicion that an investor is making a purchase in order to get their hands on technology or information the state will be able to put the kibosh on such a sale, if the bill comes into effect.

The law is targeted chiefly at investments by Chinese companies, Hospodářské noviny said.

The concern is that China could steal technology and know-how that could be put to use in the arms industry and in the future employed against the Czech Republic’s allies.

The bill is being drafted by MP Jan Bartošek of the Christian Democrats and is based on similar legislation already in force in Germany.

Mr. Bartošek says it is important to protect national interests. When it comes to strategic matters the state ought to have the power to bar companies from making such sales, he says.

The MP says he has not yet settled on what instruments the state should have at its disposal in this regard. In Germany the government can vet acquisitions for a period of three months from the signature of these kinds of takeover deals – if the stake is one-quarter or larger.

Mr. Bartošek is considering a proposal of this kind for the Czech Republic. In addition, officials from the ministries of industry and trade, defence and interior, as well as some European institutions, would be able to take part in the evaluation process.

China specialist Martin Hála told Hospodářské noviny that investments in Western companies were closely linked to Chinese state policy, given that even formally private firms are connected to the state or more specifically the Communist Party in China.

Mr. Hála said in many cases the difference between privately-owned and state companies was evaporating. This has been borne out recently in the re-imposition of direct state control on major Chinese conglomerates, he said.

Deputies from ANO, the Social Democrats, the Christian Democrats and the Pirate Party have expressed backing for an instrument under which investors could be blocked from entering companies if they posed a security risk.