Over two-thirds of small and medium-sized businesses in the Czech Republic are against a Czech National Bank policy that aims to keep the crown at a maximum of 27 to the euro, the newspaper Mladá fronta Dnes reported on Monday. 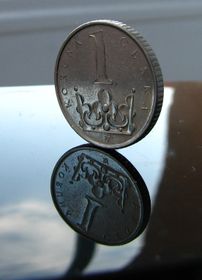 Photo: Štěpánka Budková The central bank first intervened against the strengthening crown in November 2013, driven by a fear of deflation.

At the start of the following year it said it would maintain the weak crown policy until at least the start of 2015 but it has since extended it until the middle of next year.

Ten days ago the Czech National Bank again intervened, selling crowns and buying up euros in a bid to prevent the domestic currency from gaining in strength.

However, many entrepreneurs and economists now believe that the policy has served its purpose and needs to be abandoned, Mladá fronta Dnes said. 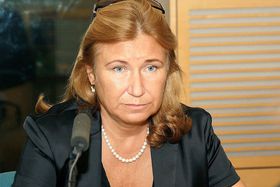 Eva Zamrazilová, photo: Šárka Ševčíková, Czech Radio According to a survey of 500 small and medium-sized businesses carried out by the bank ČSOB for the daily at the turn of this month, 42 percent said that the policy was damaging their business. 12 percent said they were benefitting from it.

As has been apparent recently, without the intervention of central bankers the crown would appreciate against the euro.

A former member of the Czech National Bank’s banking council, Eva Zamrazilová, believes the Czech currency is undervalued by two crowns to the common European one. 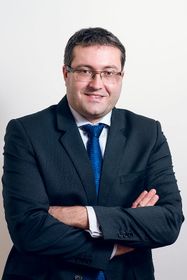 David Navrátil, photo: Česká spořitelna The crown is likely to see even stronger demand thanks to the Czech Republic’s promising economic development and growing demand for the currency, Mladá fronta Dnes said.

This could make the weak crown policy more expensive for the central bank to operate.

As interventions become more frequent and foreign exchange reserves grow then willingness to maintain the exchange rate commitment will be undermined, the chief economist of Česká spořitelna bank, David Navrátil, told the newspaper.

Mr. Navrátil believes this raises the danger of a Swiss-style scenario in which the Czech Republic’s central bankers would have to abandon overnight the policy of maintaining their currency at an artificially low level. 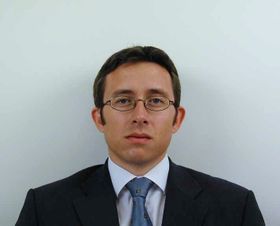 Tomáš Holub, photo: CNB In an interview last week for Hospodářské noviny, the director of the CNB’s currency division, Tomáš Holub, said the bank might need to extend the currency intervention even further.

Analysts viewed his statement as a verbal intervention, though it did have a significant impact on the exchange rate, Mladá fronta Dnes said.

Exporters have been the major beneficiaries of the weak crown policy. However, they felt the impact of the intervention after some delay. 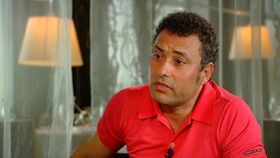 Ferid Nasr, photo: ČT24 A representative of Škoda Auto, Tomas Kubik, said the devaluation had had a positive effect in the longer term after initially having little influence as the firm was insured against currency fluctuations.

By contrast, firms such as travel agencies have been crying out for a change in policy for a long time.

One industry figure, Ferid Nasr of Exim Tours, said the outbound travel business had lost an estimated 40 to 50 million crowns a year since the intervention began.