The Ministry of Finance is set to launch a receipt lottery in October, the daily Hospodářské noviny reported on Tuesday. The lottery, which aims to encourage consumer assistance in fighting tax evasion, was originally to be launched in mid-September, but preparations took longer than expected. The lottery is set to distribute up to 65 million crowns a year in winnings. 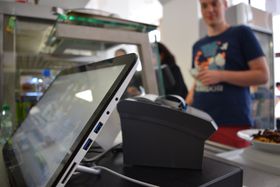 Photo: Ondřej Tomšů The receipt lottery will be part of the electronic cash register system launched in December 2016 to fight tax evasion and subsequently boost revenues. Under the scheme, the receipts will also act as lottery tickets in a draw.

People can register for free via a mobile application or web pages, but they can only register one receipt a day from each retailer to prevent manipulation with receipts.

Each month, the state will distribute some 21, 025 prizes. The winner will receive a cheque for one million crowns, and the second prize will be a car worth 400, 000 crowns. Other winners will receive prize money ranging between 300,000 and 20,000 crowns.

The aim of the receipt lottery is to motivate people to insist on getting proper receipts for their purchases. The Ministry of Finance hopes to boost the effectiveness of the electronic cash register system. According to the Minister of Finance, Ivan Pilný, the benefits of the lottery should exceed the operational expenses. The efficiency of the scheme will be assessed a year after its launch, the daily Hospodářské noviny reported.

Similar lotteries have already been launched in several countries around Europe, including Croatia, Slovakia or Slovenia. As in the Czech Republic, the main reason was to motivate customers to demand receipts for their purchases.

In Slovakia, where the receipt lottery was launched in 2013, people registered around seven million receipts a month. In two years` time, however, the figure dropped by about fifty percent.

The Electronic Cash register, designed to provide the state with immediate information about cash transactions at venues, was launched in December. The long-planned system, electronically connects registers with an online tax authority and will be required for a majority of retailers, eventually.

Pubs, restaurants and accommodation providers were the first to start using the system, followed by retailers in March of this year. Other business, including lawyers, doctors or accountants, will need to register in the system in 2018.