The Czech economy grew 2.8 percent year on year in the final quarter of 2018, above market expectations, revised data released on Friday by the Czech Statistical Office show. Analysts said it sent a positive signal that domestic growth remains sold despite a downturn in the Eurozone, and in particular Germany, the Czech Republic’s main export market. 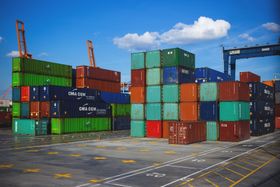 Photo: Public Domain “The Czech economy did relatively well in the final quarter as well as in the whole of the year 2018. Last year, the Czech economy was able to finalize solidly in the fourth quarter, despite the slowdown in the German economy and the loss of dynamism in many euro area countries," said Czech Fund economist Lukáš Kovanda.

The Czech National Bank said GDP growth for the fourth quarter and full year, at 3 percent, was above its own forecast both in quarterly and annual terms, said Petr Král, Executive Director, of the central bank’s Monetary Department.

“The faster-than-forecasted year-on-year GDP growth was due mainly to a less negative contribution of net exports. This was due to higher-than-expected growth in goods and services exports, whereas total imports were in line with the forecast,” Král said.

According to the current central bank forecast, the Czech economy will grow at a rate close to 3 percent both this year and the next.

“This will be consistent with the long-run equilibrium growth rate. The growth will be driven primarily by household consumption, which will mainly reflect buoyant growth in household income. In addition, economic growth will be supported by total investment,” Král said.

“Corporate investment will continue to be motivated by rising demand and increasingly distinct labour shortages. Government investment expenditure will also grow further, as a result of higher drawdown of EU funds. Fiscal policy will also contribute to domestic demand growth this year via a significant rise in current expenditure.”