Around eight million foreign tourists came to the Czech Republic last year, 3.5 percent more than in 2013, according to freshly released figures from the Czech Statistics Agency. There was a marked decline in visitors from Eastern Europe but that fall was offset by a jump in travelers from China and South Korea. The overall upswing has been chiefly attributed to the weakness of the Czech currency, the crown. Photo: Archive of Radio Prague The greatest number of tourists to the Czech Republic – almost 1.6 million – came, perhaps unsurprisingly, from across the border in Germany. Second with less than half that number (700,000 in total) was Russia.

However, in the wake of the crisis in Ukraine and the fall of the rouble, there was a 13.4 percent falloff of Russian visitors (over 100,000 fewer) in 2014. The number of Ukrainian tourists fell by almost 20 percent.

The Russian market is irreplaceable for the local tourism industry, Jan Herget of state agency CzechTourism told Czech Television. In part this is because Russians are among those who stay the longest when they come to the Czech Republic at around six nights on average.

Russians also travel around the entire country, said Mr. Herget, adding that alongside Germans they are among the biggest spending groups of visitors. For that reason CzechTourism is currently making a concerted effort to attract them back, the official said; he said the World Ice Hockey Championship, which takes place in Prague and Ostrava in May, could help boost numbers for 2015.

The falloff in Russian guests was compensated for by a rise in numbers from elsewhere. Year on year almost 10 percent more Slovak citizens spent at least one night in the Czech Republic (reaching almost half a million in total), as did 6.4 percent more Poles.

But it was Asian tourists who perhaps saved the bacon of the incoming tourism industry in the Czech Republic. Chinese visitors (who stay for only two nights on average but spend the most per day) totaled just over 210,000, a jump of no less than 21.6 percent. That rise was bettered by only the South Koreans, of whom there were 21.9 percent more than in 2013.

Asian visitors tend not to travel expressly to the Czech Republic but stop off here as part of tours of the region; therefore making Prague the starting off point or last stop on their journey by introducing more direct flights to China would greatly benefit the industry, Kateřina Petříčková of the Association of Tour Operators and Travel Agents told Czech Television.

Ms. Petříčková also said that Asian tourists had high demands in terms of accommodation; if they are to be persuaded to also spend time in the Czech Republic’s regions more four and five star hotels will need to be built outside Prague, she said. 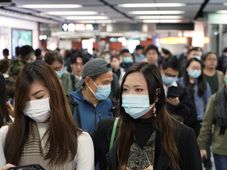 Czechs stocking up on facemasks and basic pharmaceuticals, but no confirmed cases of coronavirus in Czech Republic yet

While there are still no confirmed cases of the coronavirus in the Czech Republic, facemask and basic pharmaceuticals sales are going… 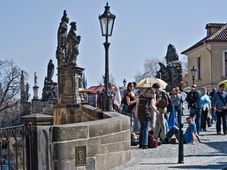 Russians flock back to Prague

Some 1,380 000 people visited Prague in the first quarter of 2017, spending over three million nights in the city, according to data… 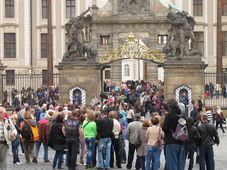 Visitors could get more from Prague by 'slowing down', says Prague City Tourism head

In most respects 2016 was a good year for tourism not least in the Czech capital, which saw yet another increase in the number of visitors.…