While one aspect of Martin Roman’s era at ČEZ, the Temelín tender, is slowly unwinding, another, the tie-up with MOL still lives uncomfortably on with no sign of closure. 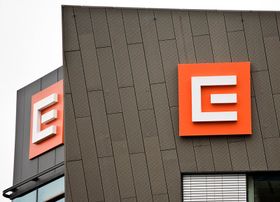 But while Temelín is gradually unwinding, the strange tie up with MOL shows little sign of an early end.

The desire to expand Temelín was launched by Roman in what seems like a long ago era of high electricity prices and confident economic growth. ČEZ’s profits soared and Roman was almost credited with having the Midas touch.

From Friday’s interview with Czech daily Hospodářské Noviny it’s pretty clear that incoming minister of trade and industry Jan Mládek should soon be hammering the final nail into Temelín’s coffin. Mládek more or less told the paper that it was not right that all participants continued their expensive pursuit of the tender when the Czech state is not likely to be willing to underwrite its profitability. It would therefore be better if it were closed and the Czech Republic spelled out its future plans for nuclear power, he says.

While hard times look like they have sunk Temelín, they make ČEZ’s around 7 percent stake in MOL all the more difficult to unload.

ČEZ bought the stake in 2008 as MOL was fighting a takeover attempt by regional rival OMV and perhaps more ominous threat from further east. The tie up always looked more like a political forced marriage than a real deal. One of the arguments in its favour, the plans by both companies to cooperate on building a series of gas fired power plants, are now mothballed because they make no economic sense.

The strategic alliance was described at the time as a possible springboard for further expansion in the Balkans. That’s a region where ČEZ now fears to tread after getting burnt in Albania and scalded in Bulgaria from local ministries and regulators.

One deadline for MOL to buy back the ČEZ shares passed on Thursday with a stir from the Hungarian company. MOL’s inaction was hardly surprising since under the terms of repurchase option it would have meant paying around a third more again for the shares than they are currently being traded for on the market.

While the fate of the MOL stake might have become pressing if ČEZ was scraping round for Temelín financing, it just looks like a blotch on the accounts if the nuclear expansion is abandoned. Without Temelín, ČEZ can face the future as a dividend cash cow for the coalition government.