Czech households are spending an increasing amount of money on culture. The share of companies' contributions has declined but still remains the largest of all sources, the Czech News Agency reported on Monday. 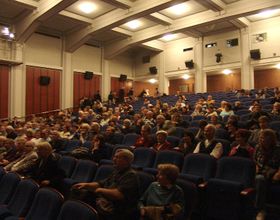 Illustrative photo: Miloš Turek According to the financial results of the culture sector released by the Czech Statistical Office and the national and consulting centre for culture, nearly 230 billion crowns went to culture in 2015, which was an increase of 0.4 percent compared to the previous year. Almost two- thirds of the overall sum was provided by companies.

Households were the second largest contributor, spending a total of 44.9 billion crowns on culture. This was a 1.5-percent decrease year-on-year. However, over the past five years, the share of households in financing culture has been steadily rising.

People spent money mainly on TV and radio fees, the cinema, books and press (a total of 31.4 billion crowns), but much less on visits to the theatre, concerts or exhibitions or the purchase of works of art objects (8.5 billion). Spending on culture amounted to 3.2 percent of their households' overall expenditures in 2015.

Public budgets were the third-largest contributor to culture, but their share has been rising. The share of NGOs’ support dropped by almost 50 percent between 2010 and 2015.

In 2015, the Culture Ministry's budget reached about 11 billion crowns. It has gradually risen in 2016 and 2017, and the 2018 draft budget preliminarily assigns 13.2 billion crowns to culture.

Heritage conservation, performing arts and art education have been mostly supported from public budgets, while the market-oriented branches such as the arts, press, media, architecture and advertising are financed by companies and households.

Almost 34.3 billion crowns went to culture from public budgets in 2015, which was 4.5 percent less than in the preceding year. The overall sum made up 1.93 percent of public budgets. Czech households spend most of their income on living expenses

Czech households spend the biggest share of their income on living expenses, according to the results of a study by the Czech Statistics Office… 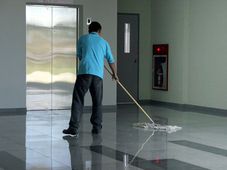 With unemployment having reached an all-time high in January the authorities are looking for ways to create new jobs in the worst-affected regions.…