Škoda Auto says over 1.2 million of its cars affected by Volkswagen’s emissions scandal

Czech carmaker Škoda Auto, which belongs to Volkswagen AG, says 1.2 million of its vehicles were equipped with the TDI engine that manipulated emissions data in the years between 2009 and 2013. Škoda Auto spokesman Jozef Baláž told Czech Television on Monday that Volkswagen would repair all affected models and fully cover the cost. He stressed that all the vehicles were perfectly safe and functional. 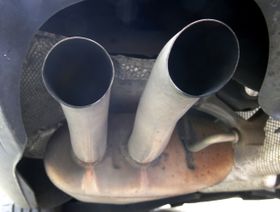 Photo: CTK Škoda Auto has not been using TDI engines for some time, but it equipped some of its older models with them, among them the Fabia, Octavia, Superb, Rapid and Roomster. The Association of Car Importers says that between 2009 and 2013 over 150,000 diesel-engine Škoda and Volkswagen models were sold in the Czech Republic.

Volkswagen admitted last week that some 11 million vehicles worldwide contain emission-rigging software. It was not at first clear which car models have them. The company has set aside $7.3 billion to cover damages.

Shares in Volkswagen have crashed in the wake of the scandal and there is concern regarding its possible impact on the Czech economy. Industry and Trade Minister Jan Mládek told Czech Television that he does not predict a direct impact since cars made by Škoda Auto are not sold in the US, where Volkswagen currently faces the biggest problems, and its shares are not traded on the bourse. However the minister said that Czech exporters of car parts for luxury vehicles assembled in Germany could face problems. Our experience from the 2008-2009 crisis suggests that Czech sub-contractors doing business with German car manufacturers will be much harder hit than our own car plants, Mládek noted.

However, the minister conceded that the scandal was bad news for the Czech economy since the loss of credit for Volkswagen would not be easy to overcome and the car maker would inevitably see a short-term drop in sales. Germany is the Czech Republic’s biggest trading partner in the EU and any problems on its market generally have a secondary impact on Czech exporters.