The Czech carmaker Škoda Auto is set to begin producing cars in Germany, its CEO says. The reason is that the company’s plants in the Czech Republic and elsewhere in Europe are already going flat out and are struggling to meet demand. 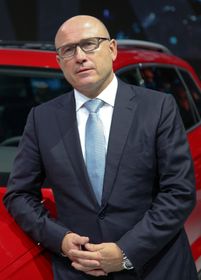 Mr. Maier did not specify which model or models would be produced in Osnabrück but other Škoda Auto representatives insisted it did not mean production would be shifted from the Czech Republic.

The Czech carmaker needs to invest in order to expand production at facilities in Europe as its plants are currently working flat out, said Mr. Maier.

Škoda Auto is currently considering restructuralisation, the construction of new factories and other alternatives and is expected to make its plans public within the next three or four months.

There was speculation last year that Škoda Auto would transfer the production of the successor to its Superb to Germany. Neither the company nor Volkswagen denied or confirmed the suggestion.

In October then Czech prime minister Bohuslav Sobotka received reassurances from the company’s executives that the Czech Republic was, and would continue to be, the heart of Škoda Auto.

Around the same time Bernhard Maier was already warning that the carmaker was reaching the limits of its production capacity.

The car industry has been driving both Czech exports and the entire domestic economy for several years. 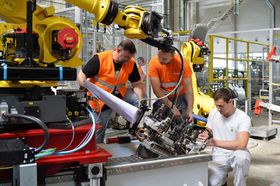 However, with the Czech economy growing, Škoda Auto, like many Czech employers, is really struggling to hire workers.

The vice-president of the Confederation of Industry and Trade, Radek Špicar, says a lack of workers is causing the Czech economy to hit a ceiling.

For his part the governor of the Czech National Bank, Jiří Rusnok, warns that the economy is overheating. He says growth will soon decelerate and salary growth will also cool down.

Fall in industrial output slows after resumption of auto production

A year-on-year fall in industrial output in the Czech Republic slowed last month, according to official figures released on Thursday.…