Some Czechs profit as Greeks bet on their future

The bankruptcy brinkmanship now playing out in Greece should not hit the Czech Republic directly. Meanwhile Greeks appear to be taking some consolation in betting, which is good news for some Czech investors. 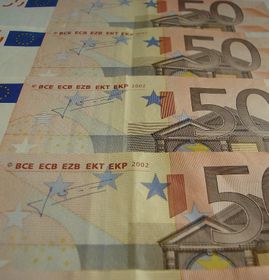 Photo: Patrycja Cieszkowska, Free Images “If you owe the bank 100 dollars, that’s your problem. If you owe them 100 million dollars then it is the bank’s problem.” So goes the saying summing up the very different nature of debt according to the size of loans.

But the debt problem also takes on another guise when it comes to countries, so –called sovereign debt, and if the country in question is a member of a wider currency zone with no managed exit structure for those in crisis, such as the Eurozone.

And as well as Greece, there are also has a few other countries that look like they risk having problems balancing their books, so the current problem gets magnified even wider. 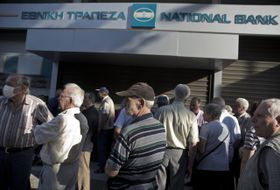 Photo: ČTK Whatever the specificities of the Greek debt crisis and the bankruptcy brinkmanship now being played out between the creditors on one side and the government on the other, Greek bankruptcy or an exit of the country from the Eurozone and perhaps EU, will have implications. As currency controls for withdrawing currency from banks were slapped on Monday and the Greek stock exchange closed, the of those repercussions were already being played out on European bond and currency markets.

The wider fear is that not just the euro zone but all currencies in Europe, including the Czech crown, will be perceived negatively during a ‘Grexit’ crisis as risk adverse currency speculators flee to the safety of the US dollar or other currency refuges. Declines of up to 20 percent against the dollar have been talked about. 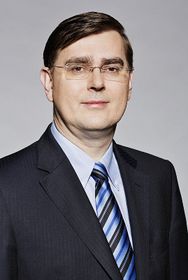 Lubomír Lízal, photo: Czech National Bank On the face of it, Czech National Bank board member Lubomír Lízal is spot on when he says that the Czech Republic should feel no direct effects from the Greek crisis. Lízal points out that Eurozone countries have had time to prepare and that banks there and in the Czech Republic have had time to bolster themselves for future crises thanks to their periodic stress tests. The direct exposure of Czech banks, unlike those in neighbouring Germany, to Greek debt is negligible, he added.

Czech trade with Greece is also minimal. The Czech Republic does not feature in the top 12 of Greece’s importers or exporters. The country represents a destination for cars and machinery, but a relatively minor one and the biggest Czech car maker, Škoda Auto, has sales of a few hundred cars a year and is not historically one of the main vendors there. In a country where day to day developments are difficult to predict, betting is perhaps second nature to Greeks and the Greek betting sector is one which has recovered in the last year and half. Hopes of that landfall win must appear ever more attractive when everything else appears uncertain. And it is here that Czech billionaire businessman Karel Komárek and business Jiří Šmejc have scored as sizeable shareholders in OPAP, the biggest Greek lottery and betting company. Revenues in the first quarter of the year were almost 16 percent higher compared with the same period in 2014 with net profit up almost 17 percent. It could be interesting to follow whether Greeks continue to bet if banks continue to ration their access to money. 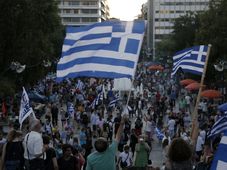 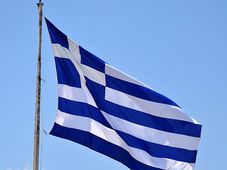