Representatives of the Ústí region have signed off on a land deal crucial to persuading South Korean based global tyre manufacturer Nexen to set up a new plant in the Czech Republic. Formalities still need to be completed, but what could turn out to be the biggest ever foreign investment in a new plant is already being described as a done deal. Photo: archive of Nexen Speculation has been rife, but according to Thursday’s edition of the business daily Hospodářské Noviny the estimated 40 billion crown investment by South Korean tyre manufacturer Nexen in a new plant near Žatec is now sealed barring the final formalities.

Representatives of the Ústí region agreed the sale of the land at a special session with the initial South Korean investment expected to total 22.8 billion crowns but rise over time. Prime Minister Bohuslav Sobotka is scheduled to visit the industrial site on Friday.

The Ústí region expects to agree the form of its final investment agreement with Nexen on May 28. Other agreements with the Czech government and state agencies, including the promise of compensation for the cut price sale of land at the industrial zone, should follow, the region said in a statement on Thursday. An estimated 1,000 people should be employed at the plant from the start but this could rise to around 2,300, according to the paper, in what could turn out to be the biggest foreign investment in a new Czech manufacturing plant.

The South Korean company picked the North Bohemian site after reportedly looking at other options in Bulgaria and Poland. Factors supporting the Czech bid were the fact that Nexen supplies tyres to Hyundai’s car plant at Nošovice in the far east of the country as well as the sister Kia plant just across the border at Žilina, Slovakia. It has also been signed up to supply Škoda Auto Octavia and Rapid models.

The fact that the Nexen plant should sprout on an already designated industrial zone with all planning permissions and facilities already agreed is also a decisive factor. The complications and wrangling faced by US e-commerce giant Amazon over its favoured Brno site which did not have all the planning permits already sorted out is testimony to the nightmares that can result.

Hospodářské Noviny reports that the South Koreans have also got a bargain deal for land at the site with the normal price of around 400 crowns per square meter being cut nearly fifteenfold to around 27.5 crowns per square meter. With other Czech incentives limited by upcoming European rules aimed at favouring the flow of investment and new jobs into poorer regions, the cheap offer for the 20 hectare site needed by Nexen was fundamental for landing the deal.

Even in terms of South Korea’s economic miracle, the rapid rise of Nexen as a major world tyre manufacturer has been dramatic. The company more than doubled its sales between 2008 and 2013, becoming both a leading supplier on its home market and a major exporter. Exports to Europe now account for around a fifth of total sales with US sales at just under a quarter. 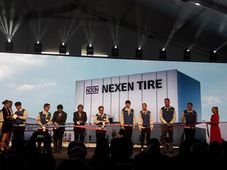 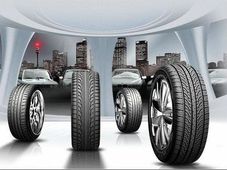 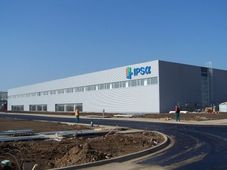