Study: High number of vacancies not translating much into wage rises

The number of vacancies on the Czech labour market continues to grow. However, this is not translating into salary increases on the part of companies seeking to make hires, suggests a freshly published report. 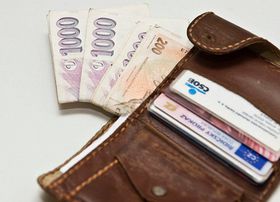 Photo: Filip Jandourek Despite the high number of unfilled jobs in the Czech Republic, local firms are in the main offering remuneration that is not far above the minimum wage.

Companies are not reacting flexibly to the situation on the labour market and around a third of available jobs have been offered for a period of six months or more, according to the study released this week.

It was prepared by analysts from the bank ČSOB, who tracked 50,000 vacancies advertised by the national Office of Labour for more than half a year.

Czech firms are particularly looking to make hires in manufacturing and assembly. However, in Prague, for instance, these rank among sectors with the lowest pay. ČSOB analyst Petr Dufek suggests this could reflect a high number of foreign labourers in the capital.

Across the country the Office of Labour is advertising roughly 10,500 vacancies for assembly workers and 9,500 jobs as unskilled labourers. While gross pay in those areas reaches no higher than CZK 16,000 a month (the national average monthly salary is CZK 27,900), in the last six months employers have only increased wages in these fields by CZK 400 on average.

The ČSOB study says that the profession of cook has been the hardest to fill in the last six months. However, employers are only offering trained cooks an average of CZK 14,000 a month, which is less than what supermarket cashiers receive.

While regional pay differentials also persist, they are still not big enough to cause people to up sticks and move to another part of the country, according to Petr Dufek.

The places where salaries are higher are typically home to large factories owned by multinational companies. Examples include the Rokycany, Jindřichův Hradec and Opava areas.

The jobs advertised with the highest remuneration in Prague are in IT, with companies promising salaries of CZK 45,000 monthly on average. In the majority of other regions drivers are offered most: CZK 23,000 a month.

The report also suggests that skilled work does not mean higher pay. In at least 13 districts around the country classifieds for unskilled work offer more.

ČSOB’s chief economist Martin Kupka says a shortage of workers is one of the main barriers to the further growth of Czech industry and the economy as a whole.

At the end of June, there were over 183,000 unfilled jobs in the Czech Republic. Unemployment last month stood at 4.0 percent, the lowest level for 19 years.