Study: Over 50 percent of Czechs willing to move for work

Over 50 percent of Czech employees are willing to move for work. According to a new survey carried out by employment agency Randstad, 52 percent of Czechs would consider moving even to a foreign country in view of a better career growth or a more balanced personal and work life. Nevertheless, Czechs’ readiness to work abroad is still considerably lower than in the neighbouring countries. 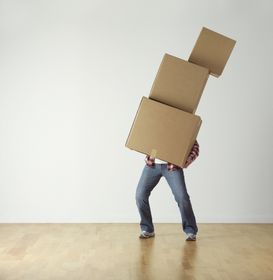 Illustrative photo: skeeze / Pixabay, CC0 The survey suggests 43 percent of Czechs would only be willing to move for work in case of a significant salary rise, while 35 percent would change places if they were offered a more meaningful job.

Germany, Austria and Slovakia are among the three top countries Czechs would be willing to move to for work. Worldwide, 28 percent of Czechs would prefer the U.S., followed by Germany (25 percent) and Australia (22 percent.)

Most people questioned in the survey said they prefer to move to a place, which is not far from their home region, or to a country where people understand their language, e.g. Slovakia.

There are currently some 61 percent of Czechs who are willing to commute for work. However, if they could chose, most of them would prefer to have a job within a walking distance from their home.

“Long hours spent by commuting” are stated as one of the five main reasons why people are willing to change their jobs.

“The motivation to commute or to move therefore needs to be really strong, for example a salary rise by tens of percent,” general director of Randstad Jacek Kowalak told the Czech News Agency.

The Czech Republic, which has been facing an ongoing shortage of labour, is currently trying to attract workers from abroad.

When it comes to working with people from different cultures and countries, Czechs are still much more reserved than most of their neighbours.

“In some areas, foreigners already create a substantial part of the workforce. Nevertheless, Czechs are still reserved towards them,” says Mr Kowalak.

The Randstad survey was carried out in 34 countries around the world among at least 400 respondents in each country. 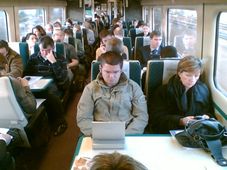 Availability of good jobs around country keeping commuting down in CR

Around a million Czechs commute to work every day. However, most people resent time spent travelling to their place of employment and…