And then there were two. That at least appears to be the final outcome of canvassing for a strategic investor to take over the Czech Republic’s last hard coal mining company, OKD. The mining company, the biggest employer in the Moravia Silesia region with around 11,000 employees, has been the subject of insolvency proceedings since last year. Photo: archive of OKD According to the business daily, Hospodářské Noviny, the two finals bidders are from Czech power company billionaire Daniel Křetínský and his EP Industries group and an as yet unidentified foreign hedge fund. OKD has originally said they would approach around 200 possible interested parties which might be willing to make a bid or take the process further by registering interest.

While refusing to comment on the identity of those making offers, OKD has confirmed that there are two parties and that it will take several weeks to evaluate the bids. The stakes for the Czech government and eastern Moravia-Silesia region are high, as an assessment for the bankruptcy court has just made clear.

The assessment puts the value of OKD’s assets at 3.0 billion crowns (around 111 million euros). Last year it made a loss of 1.2 billion crowns. That’s still just a third of the loss made in 2015. Cost cutting and a partial recovery in the price of hard coal, used both to make coking coal for the iron and steel industry as well as to fuel power and heating plants, contributed to the narrowing losses.

In the case of an immediate halt of mining activities, the cost of covering OKD’s obligations would total 8.5 billion crowns. So, there’s a 5.5 billion crown shortfall that the state is more than likely to be left to pick up.

The obligations break down as follows. Keeping the mines open for around two years, the time needed to get all the permits for their final closure, would cost around 2.6 billion crowns. Layoff payments to miners and other workers would total around 3.0 billion crowns. And the liquidation itself would come to around 2.2 billion.

That sort of bill is the reason that the state’s ideal scenario has been a slow run down in mining activities so that the costs can be minimized and spread out over a longer period. Hard coal prices though are topsy turvey and give little reliable indication of where they will be a few years or even a few months down the line.

At the end of February, world prices for coking coal were around twice the level they were during the lowest dip in the market during 2016. On the other hand, they were around half of the level they reached when the prices peaked in November last year. During December there was a sharp drop in prices which has continued since. OKD bosses had estimated that the remaining mines, the biggest loss making mine Paskov is due to close at the end of this month, could be able to make an operating profit from 2018.

If the private sector bids look more or less like asset stripping, then the state will likely have to bite the bullet and take over OKD. That’s more or less what Prime Minister Bohuslav Sobotka said this week as he took over the reins temporarily at the Ministry of Industry and Trade. A previous bid for state company Diamo to buy up the mining company lock, stock and barrel for a token one crown. The Social Democrats in Cabinet found themselves out on their own on the proposal and it was rejected in Cabinet during mid-February. 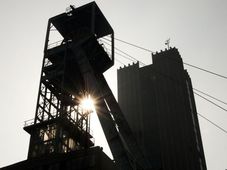