Uber back on the road in Brno as legal battle continues

The ride-sharing service Uber is back on the road in Brno after the Supreme Court in Olomouc temporarily overturned a ban on its services in the Czech Republic’s second largest city. This is the second time that such a ban has been invalidated by a higher instance court in a protracted battle between Brno’s taxi drivers and Uber. 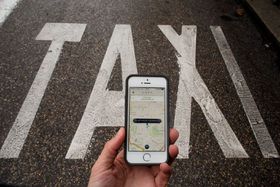 Photo: portal gda, CC BY-SA 2.0 The ride-sharing service Uber has won another victory in the battle with Brno’s taxi drivers. The Supreme Court in Olomouc on Wednesday overturned a ruling by the Brno regional court that banned Uber from operating in Brno, the second-largest city in the Czech Republic. It was the second ban levelled this year on Uber in an ongoing legal battle with local taxi drivers. The first was cancelled on the grounds of “inadequate legal justification”, the second, which has been in effect since mid-July was cancelled on the grounds that it was a preliminary measure adopted ahead of the final decision on the legal dispute between Uber and the Lido taxi service.

Brno deputy mayor Matěj Hollan said the ruling which invalidated the ban was no indication of the way the final ruling on the case would swing. He said he hoped the latest ruling would not result in a protest blockade by Brno’s taxi drivers. 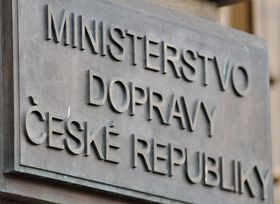 The Transport Ministry, photo: Filip Jandourek, Czech Radio The last such blockade took place at the beginning of the month in Brno and was a show of solidarity with Prague taxi drivers who are also waging a war against Uber. In Prague Uber has seen no bans for the time being but Prague’s taxi drivers say they are unfair competition since they do not have to meet any of the demands levelled on the Prague taxi service.

The Prague Transport Ministry says it is working to resolve the problem with a new draft law which would put on par a taxi metre and mobile application as well as set down certain ruled for the ride-sharing service such as having compulsory car labels. 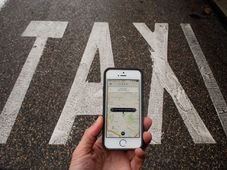 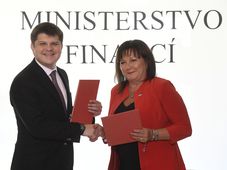 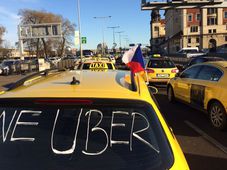