The Czech Republic’s unions have come out strongly against the minister of finance’s plans to make some 10 percent of state employees redundant as a cost-saving measure. Union leaders say the idea will impact the quality of public services – and are threatening action. 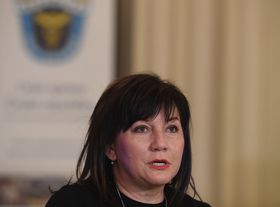 Alena Schillerová, photo: ČTK/Ondřej Deml The minister of finance, Alena Schillerová, recently revealed a plan to reduce the number of state employees by 10 percent in response to a slowdown in growth in the Czech economy.

The ANO appointee says she will propose the slashing of around 12,500 jobs in the state administration with a view to saving over CZK 7 billion.

This is part of her stated aim of keeping the budget deficit next year down to CZK 40 billion.

The cuts would mainly concern clerks and would not impact teachers, police officers, fire officers or soldiers, Czech Television reported.

Now, however, the country’s top trade unions body has come out strongly against Ms. Schillerová proposals, calling on her not to go through with blanket redundancies. Otherwise, leaders say, they are ready to take protest action.

Josef Středula, head of the Czech Confederation of Trade Unions, told Czech Television that the cuts outlined would not produce any effect.

What’s more, Mr. Středula said, the plan has not been accompanied by legislation that would reduce the working agenda that the state administration currently handles.

Pavel Bednář, head of state employees union, said there was enormous nervousness among public sector employees in general as to which staff the cuts will affect.

Workers leaders also say that far from needing to make layoffs, some state agencies are at present faced with an acute labour shortage. 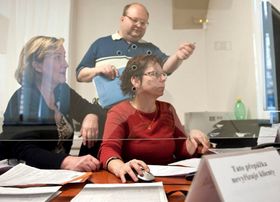 Illustrative photo: Filip Jandourek / Czech Radio The unions say they want to discuss the issue of state administration savings with Prime Minister Andrej Babiš by the end of this month.

Meanwhile, Minister Schillerová is trying to persuade her cabinet colleagues of the need to implement major cost savings.

Jan Hamáček, who is chairman of junior coalition partners the Social Democrats and minister of the interior, says that if there are drastic layoffs this will force ministries to decide what work to cease carrying out.

Communist MP Miloslava Vostrá told Czech Television that costs did have to be reduced. However, her party, which keeps the minority government in power, is fundamentally against across-the-board redundancies, she said.

The cabinet will discuss the matter in the coming weeks, with the finance minister due to submit a draft budget for 2020 in April.

Some 1,500 trade unionists from across the Czech Republic are due to demonstrate in Prague on Tuesday to demand higher wages ahead…