Used cars are still selling exceptional well in the Czech Republic with 820 thousand of them on offer around the country. The price of used cars has also gone up by around 15, 000 crowns year-on-year, with vehicles now selling at 205, 000 crowns on average. Photo: Jan Říha Used car imports from Western Europe quickly became a hit after the fall of communism and the used car market is still booming. The number of used cars on the market has gone up by two percent year-on-year and according to statistics provided by the company Cebia clients are now most interested in Skodas – with Octavia running top – VW Passat, Ford Focus and VW Golf.

Buyers of used cars prefer diesel engines and used car salesmen say that some clients are even willing to buy a car without a roadworthiness check which is compulsory every two years in this country. 7.5 percent of the used vehicles sold in the Czech Republic are sold without a roadworthiness and emissions test. Experts warn that this is not wise, since the vehicle in question could fail to pass and it would be up to the new owner to pay to bring the vehicle in line with the norms. 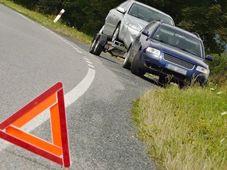 Odometer fraud continues to be a major problem for buyers of second-hand cars in the Czech Republic. Past studies suggested that as…