The costs of communal waste collection in the Czech capital could rise by 30 percent, at least according to a new decree prepared by Prague City Council. At the same time, councillors want to introduce the collection of bio-waste, which should be considerably cheaper. The move is part of a long-term effort to lower the amount of waste produced by citizens of the capital. 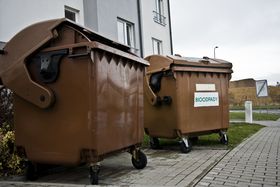 Photo: Vít Pohanka Prague households currently pay between 86 and over 5,000 crowns a month for waste collection, depending on the frequency and the size of their waste container. A family with a 120-liter waste container, which is collected once a month, would pay 2,232 crowns in the future, instead of the current 2,904 crowns.

Collection of bio-waste is currently provided by the city-owned company Pražské služby and Prague citizens have to order the service directly with the company. A 120-liter bio-waste container, which is collected twice a week, currently costs around 1,300 crowns. In the future, Prague City Hall would like to take over the service, cutting the cost of the service by 50 percent.

At the moment, there are some 13,000 households in the city paying for the service of bio-waste collection. The City Hall would like to double that figure by 2020. Waste containers for bio-waste will not be mandatory and will only be provided to households who ask for them. The city is also considering building a new composting plant in the district of Kyje. One of the aims is to reduce the amount of biological material in the communal waste, because it complicates the incineration process.

“Citizens who separate their waste won’t pay any extra money in the future,” Petr Hlubuček, Prague’s Councillor for Environment, told the Czech News Agency, adding that the yellow and blue containers for plastic and glass will continue to be collected free of charge.

Waste collection fees have not been increased since 2007. At the moment, the City of Prague subsidises the services by 250 million crowns annually. 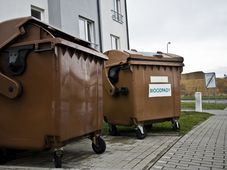 Bio-waste recycling to be made easier

When it comes to plastics, paper and glass Czechs are conscientious recyclers with around 70 percent of the population sorting reusable…