2009 Jihlava festival to screen over 200 documentaries from around globe

The 13th International Documentary Film Festival in Jihlava, the biggest event of its kind in Central Europe, gets underway on Tuesday. Over the following six days, it will screen more than 200 documentaries from all over the world including the most recent documentary by Michael Moore, ‘Capitalism: A Love Story’. I asked the festival’s director Marek Hovorka to outline the programme. 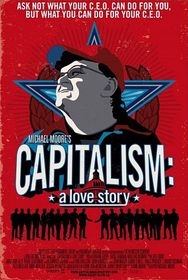 Capitalism: A Love Story “Of course we are very happy to screen the new film by Michael Moore ‘Capitalism: A Love Story’. We will also screen the new film by Michael Winterbottom ‘The Shock Doctrine’. Both films are connected to the economic crisis, which I think is a very important topic, so I am very happy that the festival can open an interesting debate. But we also have a new film from the Czech Republic, the film ‘Automat’ made by Martin Mareček about the war between cars and bicycles in big cities, or let’s say about activism in the city and what normal people can do for a better life in the city.”

What kind of awards are you giving out?

“We have six awards: for the best world documentary, the best East European documentary and the best Czech documentary. Last year we started a new competition for the best experimental documentary film. The most traditional award at the festival is the audience award, because audience is a very important part of the festival, not only for the award but also for discussions and some kind of interactivity during the festival. The last award I haven’t mentioned is the prize for the contribution to the world cinema that will be handed out during the opening ceremony.”

Who is actually your target audience? Is it mainly film students and film professional or are you trying to reach wider public?

“I think the festival is reaching wider public. Of course the cinemas are mostly full of young people; university and grammar school student. These people will be very important in few years; they will be something like opinion makers. Part of the festival is also a workshop on media and documentary films workshop for film students and students of film theory.” 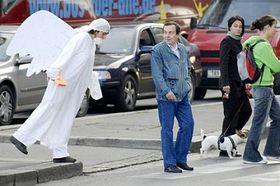 Auto*Mat The festival is not only about films and debates. It is accompanied by the biggest section for film industry in Eastern Europe. Is that right?

“Yes, that’s the third level of the festival, this important professional level, the industry section. It is open for producers and directors from Eastern Europe and for film professional from all over the world. And Jihlava is, also thank to cooperation with the Institute for Documentary Film, really and important platform for meeting, developing films, financing the films and helping them in promotion.” 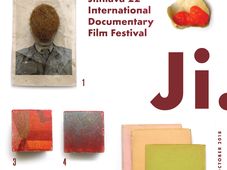 This year’s edition of the Jihlava International Documentary Film Festival gets underway on Thursday. While the country’s top documentary event…