The political map has been redrawn with elections that have seen ANO triumph, Okamura and the Pirates score big and the Social Democrats collapse. 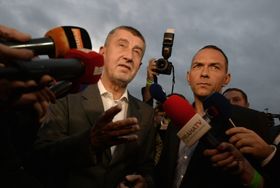 Andrej Babiš, photo: ČTK ANO swept all before them in the Czech general elections. Polls suggesting a late fall-off in support proved off the mark and billionaire businessman Andrej Babiš and his party rode to victory a mere hair’s breadth short of 30 percent.

ANO came first in every single region in the country and have 78 mandates in the 200-seat lower house. If they entered into government with the Civic Democrats (with 25) they would not require the traditional third coalition partner.

The main party of the right in previous decades, the Civic Democrats enjoyed quite a resurrection after a number of years when they seemed more likely to enter the dustbin of history than to ever come second again in elections. 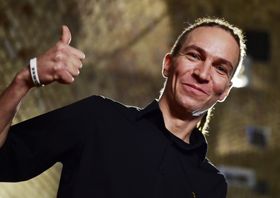 Ivan Bartoš, photo: ČTK But it is the Czech Pirate Party and Tomio Okamura's anti-migrant Freedom and Direct Democracy who will no doubt feel like they have gained the most in the 2017 elections.

Neither was present in the last Chamber of Deputies but both scored over 10 percent to elbow their way to the big table of Czech politics. If their support is added to ANO’s, no fewer than half of Czech voters gave their backing to relatively new parties in these elections.

There is no doubt who the big losers of the elections were. The Social Democrats have been the strongest force on the left for over two decades and headed the outgoing government.

Months ago, beleaguered, they seemed resigned to winning only 12 or 13 percent of the vote. In the end their support underwent an even steeper nosedive and they took a meagre 7.3 percent.

The Communists also saw a significant fall in backing, garnering a little over half the votes they did in 2013, with 7.8 percent. 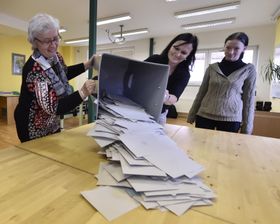 Photo: ČTK Bringing up the rear in the new Chamber of Deputies will be the Christian Democrats, TOP 09 and the Mayors and Independents, who all squeaked in on less than 6 percent.

It is hard to keep up with which parties have pledged to not go into coalition with which other party (or with an Andrej Babiš facing criminal charges of subsidy abuse) “under any circumstances”. A volte face or two may well be required before we get a new government.

President Miloš Zeman has said that he intends to talk to all the record nine parties in the new lower house and will call its first session at as late a date as possible.

Mr. Zeman will surely eventually appoint Andrej Babiš (or, some have suggested, a party colleague) as the next Czech prime minister. Who will join ANO at the cabinet table is, however, far from clear at this moment.