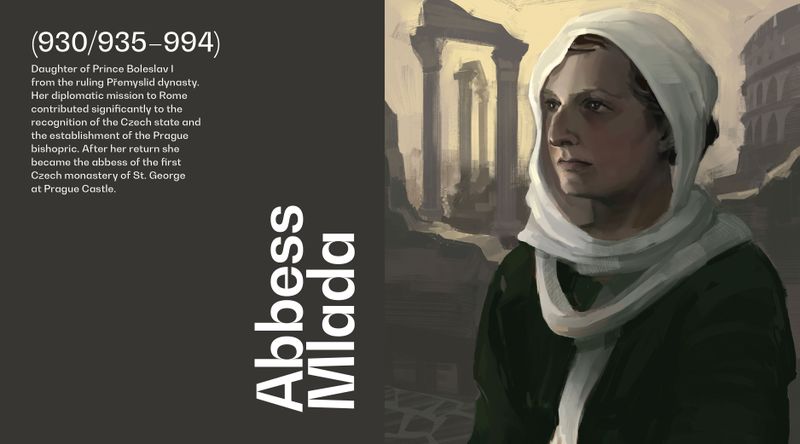 Daughter of Prince Boleslav I from the ruling Přemyslid dynasty. Her diplomatic mission to Rome contributed significantly to the recognition of the Czech state and the establishment of the Prague bishopric. After her return she became the abbess of the first Czech monastery of St. George at Prague Castle.