Reporters from public service broadcaster Czech Radio have mapped a booming business for Ukraine agents and middlemen by ensuring clients get visas for the Czech Republic or wider Schengen area. And to help ensure demand for their services, they have rigged the visa appointments system so that it is blocked to those who try to get visas by themselves. 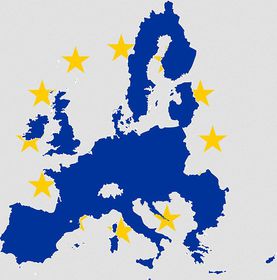 Czech Radio reporters went undercover to tape the way visa agents in Ukraine operate. The middlemen are more than willing to help, not just with an appointment for the visa application procedures to be gone through at Czech administration offices but also for proof of sufficient earnings to cover any stay.

Czech visa requirements demand proof that costs of any trip can be covered. The proof can come in the form of a bank account, travellers’ cheques in the applicant’s name, or a letter from a sponsor guaranteeing help.

The agency in question promised the Czech reporters it would create a fictive bank account for the applicant although this is a criminal act. They explained that if Ukrainian applicants stuck by the letter of the law, then only about one in 10 visa applications would go through. The official cost of a temporary visa for the Czech Republic allowing a 90 day stay is 35 euros. The agents charged the Czech reporters their own fee of 200 euros, or around 5,500 crowns. Ivo Dokoupil works in Ukraine as a coordinator for the Czech charity People in Need. He says the agency charges can easily be the double of that.

Because the agencies block the computerized appointments system for short and long term visa, Ukrainians simply have no alternative but to go through them if they want to get a visa, Dokoupil says. And he adds that the Czech visa system, run by the Ministry of Foreign Affairs, seems to be the only one in Central Europe that is abused in this way.

“As far as I know, and I have been going to Ukraine for work since 2008, it’s only the Czech Republic that has this problem with visas. Ukrainians buying a Schengen visa only have problems with the Czech Republic. They don’t have them with Polish, Hungarian, or Slovak visas.” 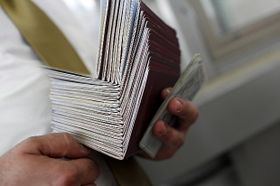 Illustrative photo: European Commission Deputy minister at the foreign ministry, Martin Smolek, told Czech Radio it was aware of the problem. He says the ministry intends to tackle the problem of blocked appointments by creating a sort of unending appointments queue which cannot be abused by the agencies.

“Only one thing will prevent this - when everyone knows that they can click and are certain of getting some [visa] appointment date. At the moment we have around 50 million of these false clicks for visa appointments but in a very short time they will find this doesn’t work.”

The latest problems with Ukrainian visas comes with their operation already in the spotlight. Czech consulates in Ukraine have been flooded with demands for work permits resulting in delays of eight months or more for the paperwork to be completed. The Czech government on Wednesday agreed to boost the number of consulate staff in Lvov so that the number of processed demands could double to around 800 a month.