The life and legacy of Saint Agnes of Bohemia 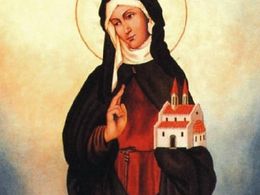 A royal daughter of the Přemyslid dynasty who brought the Franciscan movement to Bohemia. In Prague she founded a monastery, hospital and the order of the Knights of the Cross with the Red Star, the only male order of the Church founded by a woman. In 1989 she was canonized.